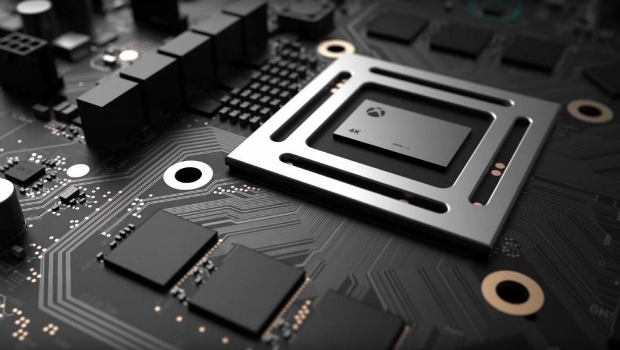 Microsoft’s next Xbox console, codenamed Project Scorpio, will run all Microsoft games natively at 4K, according to Microsoft’s Shannon Loftis.

Microsoft first announced the Scorpio at this year’s E3, saying the new hardware will feature the strongest GPU of any console, which targets 4K gameplay at 60 Hz. The recently unveiled PS4 Pro, comparatively, will feature games with standard 1080p visuals upscaled to 4K resolution.

While we’ve heard little detail since E3 on Scorpio’s graphical handling of standard games, this is not the first we’ve heard of Xbox Scorpio’s role in the nascent VR ecosystem. During an interview with Engadget back in August, Aaron Greenberg, Microsoft’s head of Xbox games marketing, hinted that Scorpio might feature exclusive VR titles. Recapitulating the “no gamer left behind” mantra from Project Scorpio’s announcement back at E3, Greenberg describes the family of Xbox consoles as “one ecosystem.” The one caveat, apparently, is VR.

We don’t think of [the VR space] as console gaming, we think of that as high-fidelity VR. And so with the VR experiences, those will be new things that you will get on Project Scorpio.

Microsoft announced at E3 that the Scorpio will be released Holiday 2017 and is purported to feature the same games as the Xbox One with stronger presentation features.