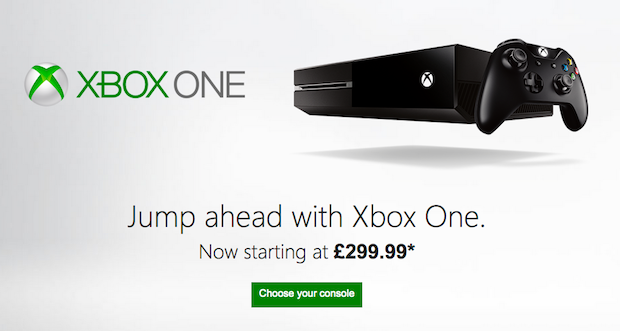 Microsoft has lowered the price for the Xbox One in the UK.

The company is now advertising the system for £299.99 instead of its most recent price of £329.99. Eurogamer reports that Microsoft is claiming the price drop is a retailer promotion, but also said the same thing last year when the system’s price dropped in September in the territory.

“This is a UK-only retail promotion,” a Microsoft spokesperson told Eurogamer in a statement, “and offers great value for fans looking to buy an Xbox One ahead of the launch of 2015’s highly-anticipated games like The Witcher 3: Wild Hunt, Metal Gear Solid 5: The Phantom Pain and Batman: Arkham Knight, along with Xbox exclusives such as Rise of the Tomb Raider, Forza Motorsport 6 and Halo 5: Guardians.