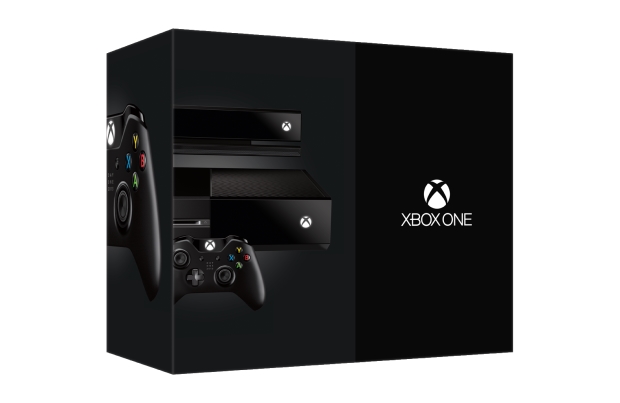 Microsoft has just published details on what a Live Gold account gets you on the upcoming Xbox One. Frankly, their track record in releasing information has been an epic failure. With the events leading up to today including the online-only-licensing and always-on requirement, I don`t think they could have done a worse job in the PR department save throwing black boxes from a speeding bus onto unsuspecting pedestrians. It`s pretty easy to get lost in what is being released versus what their initial plans were, and damage control is clearly a priority with the recent announcement of an included headset and the controversial 180 degree position on disc-based licensing.

So what is this news all about? Marc Whitten, Chief Product Officer for the Xbox line, has posted new details for digital game releases and how the Xbox Live Gold subscription benefits you, your family and your friends.

Before we get into the details, let`s clarify does digital release means. In the announcement last month where MS rescinded the always-connected state and that disc-purchased games behave as they do on the Xbox 360 (to play, it needs to be in the drive), the message was clear in that the change applied only to games purchased at the store.

Therefore, we believe this new information to cover to any online purchased software from Xbox Live – from apps to arcade games to full games downloaded from Microsoft’s servers. I’d like to say it’s safe to assume, but who are we kidding? Assuming is anything but safe with Xbox One.

At the outset they state the following:

Anyone can pick any digital game on your Xbox One, sign in with their own gamertag and play – even if the owner is not signed in. Like physical media, you can also play many digitally downloaded games without being online, although experiences will be best when connected to the internet and Xbox Live. Finally, when you purchase a digital game, you can start playing even before the entire game downloads.

Most of this is the same as the 360 – if you bought and downloaded the game on your primary console, any other console users can access the content because that Xbox has the “install” license. It also means you don’t have to be connected-  the console has the “key” to start it. Obviously the ability to play a game before the download completes is new the Xbox One, and the purchase, download, and early streaming of the incoming game will require some sort of connection to work.

That first statement isn’t wrapped inside the “Xbox Live Gold” section of their article, so it sounds like all of it is available to all Xbox Live customers, regardless of paid subscription or not.

[Xbox Home Gold] means that your account and your gamertag are truly yours. You don’t have to share your gamertag for multiplayer gaming with others in your home, or see recommendations for your kid’s cartoons next to the recommended first-person shooter for you. It also means that you can introduce new games and enjoy multiplayer with friends while they are at your house. Last but not least, it also means that when you buy one Xbox Live Gold membership, multiple people can enjoy the best benefits of Xbox Live Gold on your Xbox One at no additional charge.

Not having my kid see advertising for gruesome games which I might enjoy is a priority – and having something that isn’t hard to figure out is important from a consumer perspective. Sure, I know how to manage accounts and go through hoops to get what I want – but the point is that we shouldn’t have to, and the way the 360 handles this is less-than-graceful and adds a ton of warning messages when that level of security is set up. The article doesn`t clear this up, but it certainly steps in that direction.

The other point to highlight is that people without a gold account can play under their own gamertags on Live with you, regardless of whether they have their own gold subscription – this is something that chafes with the 360 – you can’t join a game with anything other than “Guest” account.

At Home with Xbox One

[…]Friends and family will simply create their own account and gamertag and be able to enjoy Xbox Live online multiplayer gaming and access to entertainment apps.

Friends coming over to play? No problem. They can log in with their own gamertag and play online multiplayer. Even if you sign off, your friends and family can enjoy multiplayer gaming while they are playing on your Home Xbox One console.

So, in line with what we were originally told before E3, Microsoft is extending the Live Gold to give anyone permission on your home console to access the Xbox Live Gold benefits of multiplayer, GameDVR, SmartMatch, Internet Explorer, Skype as well as The NFL on Xbox, even if you`re not signed in.

Furthermore, they go on to say that your sign-in on a different console will unlock those same features for all users while you are logged in – so you should be able to Skype back to your own console to a different gamertag there. No word on whether you can use the same game both remotely and locally at the same time from your library- I expect that isn`t the case, and would require that there are two accounts with their own copy of the game to do so – but at least, it wouldn`t require two gold accounts to play and makes a lot of sense in certain situations.

For example, if you have two consoles in your house and only one Gold account, with two copies of CoD: Ghosts you could sign in with the Gold account holder onto the secondary console, and be able to play together on Live with the primary console.

The Gold subscription also gives you access to both Xbox One and Xbox 360 simultaneously with the same account – not exactly exciting news, but it certainly should alleviate the gnashing of teeth over being kicked off when your 360 is booted up.

Lastly, Larry Hyrb a.k.a. Major Nelson unboxes the Xbox One retail unit in the video below. Nothing ground-breaking here, but neat to see. Right at the end he shows the Xbox logo as a power button – I wonder if that also disables the Kinect when “off” ?