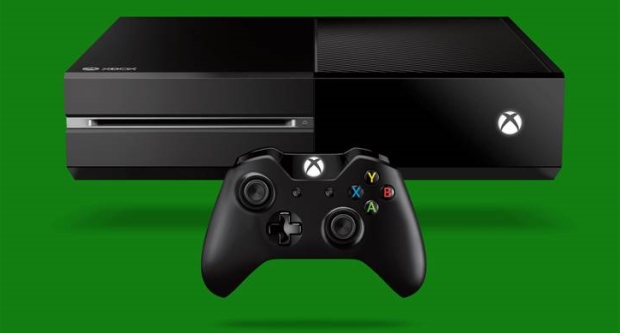 Microsoft quietly updated the world with answers everyone has been clamoring for – further clarification of what “Always Connected” means, how their licensing is going to work, and the invasion of Kinect into every Xbox One home.  This is big – VERY big. After many days of silence, the clarity in their examples should assuage (or fuel) the gnashing of teeth. Read on….

What does Always On Really Mean?
According to their new posted article titled Xbox One: A Modern, Connected Device, they’ve revealed more of what the console needs, and what you get in return.

A new generation of games with power from the cloud: Because every Xbox One owner has a broadband connection, developers can create massive, persistent worlds that evolve even when you’re not playing.

This example says several things. One, their market is for the broadband connected user. No ifs, ands or buts. For cloud-powered games, you need to be connected to the servers – much like any MMO.

The second thing is that they expect to be able to grow the kind of worlds that to date have always been static – by that we mean that games designed to use cloud computing can grow, alter, and change because the data doesn’t need to be pushed down to each console – instead, we access the changing world through the Internet. Buildings can be added to villages in MMO’s, continents can shift, monsters can migrate, and events that we’ve seen in games as expansion packs can instead be in constant flux.

Wait, what? That’s right, your installs are also going to be available online? So what they’re saying is that while you do install the game to your console, you may not need to perform installs to another console – simply accessing it from the cloud will let you stream your game right from their servers. One concern here is bandwidth, and it’ll be interesting to see how this impacts the streaming function. That idea ties into one of the other examples listed – namely that you can buy the game online on Day 1 – so they’re simply giving you access to stream it while it also downloads to your console (or so it suggests).

The article regurgitates the Future-proof with Azure and Xbox Live cloud computing servers (more than 300,000 at this point), and then goes into networking requirements. Here are the highlights:

Furthermore, they finally answer the question of offline gaming.

With Xbox One you can game offline for up to 24 hours on your primary console, or one hour if you are logged on to a separate console accessing your library. Offline gaming is not possible after these prescribed times until you re-establish a connection, but you can still watch live TV and enjoy Blu-ray and DVD movies.

They also touch on the fact that while the broadband connection is recommended, it is not required. You can use mobile broadband  to establish a connection. This may be useful where you don’t want to be online all the time (say taking your console out to a remote location) but you can connect every 24 hours over your cell data plan to reset the clock. This is, of course, speculation.

If I’m not buying software that I own, what am I getting?
In the How Games Licensing Works on Xbox One, they reveal the license model, and while it’s still not all clear, it certainly has a lot of promise in flexibility.

They intend to host all game installs online, so you don’t have to buy discs or wait in line at midnight releases to get the latest and greatest game. Of course the amount of content you’d be required to pull though your Internet connection may put you above your ISP’s monthly data limits – a single Bluray disc can hold 50 gigabytes – so getting the data onto your local Xbox One may still be primarily media installs. It will be interesting to see if they establish ISP partnerships to host content internally, thus providing more data to their mutual customers without straining Internet gateways.

You’ll be able to stream games from their servers and have full access to your entire library, according to the license examples. The question of network latency and performance come into play as this has yet to be seen in action, and may be a cause for concern.

They do offer some clarity in the benefits, however. Check out these two points:

Share access to your games with everyone inside your home: Your friends and family, your guests and acquaintances get unlimited access to all of your games. Anyone can play your games on your console–regardless of whether you are logged in or their relationship to you.

Give your family access to your entire games library anytime, anywhere: Xbox One will enable new forms of access for families. Up to ten members of your family can log in and play from your shared games library on any Xbox One. Just like today, a family member can play your copy of Forza Motorsport at a friend’s house. Only now, they will see not just Forza, but all of your shared games. You can always play your games, and any one of your family members can be playing from your shared library at a given time.

To the first point, this means your console license is absolute, much like the 360 licences today. This is a very good thing, as it doesn’t restrict game access for anyone using the hardware license. If I go play my friends’ new game at his house, I am playing that game as me. Do I get achievements, or perks like Avatar unlocks? Time will tell.

The second point is clear and yet, somehow, doesn’t answer the question due to poor wording. Does “one” indicate that a single licence can access the online library, or that anyone in my family can access the library simultaneously? I’d put forth the former – the hardware license allows a single instance to be running on the original console, and anyone in the list of up to ten family members can use the online license from another console.

Trade-in and resell your disc-based games: Today, some gamers choose to sell their old disc-based games back for cash and credit. We designed Xbox One so game publishers can enable you to trade in your games at participating retailers. Microsoft does not charge a platform fee to retailers, publishers, or consumers for enabling transfer of these games.

This point has been made before, but let’s pick this one apart to be clear. The game publisher, i.e. Ubisoft, EA, Activision, can determine whether a game install is transferable by selling/trading it back to a retailer. Microsoft does not charge any fee for this (though they undoubtedly still get licensing fee from the original sale). Effectively, the publishers could shut down used sales on a particular line, or even control if-and-when the trade-in would be available.

Give your games to friends: Xbox One is designed so game publishers can enable you to give your disc-based games to your friends. There are no fees charged as part of these transfers. There are two requirements: you can only give them to people who have been on your friends list for at least 30 days and each game can only be given once.

Sounds great, right? If a person has been on your friends list for 30 days, you can lend the game out to them. You can only lend it once, and once again, it is only with the publisher’s blessing.

In the article titled Privacy by Design: How Xbox One and the New Kinect Sensor Put You in Control, Microsoft has revealed that the Kinect controls are actually in your hands.

You are in control of what Kinect can see and hear: By design, you will determine how responsive and personalized your Xbox One is to you and your family during setup. The system will navigate you through key privacy options, like automatic or manual sign in, privacy settings, and clear notifications about how data is used. When Xbox One is on and you’re simply having a conversation in your living room, your conversation is not being recorded or uploaded.

I think the important thing to note is that privacy is addressed during setup, and depending on how they underscore that part of the user experience, it may well calm some peoples’ nerves.

You are in control of when Kinect sensing is On, Off or Paused: If you don’t want the Kinect sensor on while playing games or enjoying your entertainment, you can pause Kinect. To turn off your Xbox One, just say “Xbox Off.” When the system is off, it’s only listening for the single voice command — “Xbox On,” and you can even turn that feature off too. Some apps and games may require Kinect functionality to operate, so you’ll need to turn it back on for these experiences.

This is kind of where I thought this was going – the confirmation is certainly appreciated. It suggests that recognition of users isn’t based on voice initially, but simply the key to turning on. The power required shouldn’t be any different than that of televisions which function in a low power state while “off”. With no power, your remote couldn’t turn on the set.

You are in control of your personal data: You can play games or enjoy applications that use data, such as videos, photos, facial expressions, heart rate and more, but this data will not leave your Xbox One without your explicit permission.

At this time, we’d speculate that that either “anonymous usage statistics” or social applications are the “explicit permission” reasons – this hasn’t been made clear.

You can use other inputs to control your games, TV and entertainment experiences: While it’s faster to find what you’re looking for using your voice and gesture commands with Kinect, you can use a controller, your remote controls or your smart devices instead. And you can use all of these devices when Kinect is paused.

It’s good to see they’re not forcing Kinect as the only control method available – at this point, the only Kinect experiences we have are on the 360, and the hand-swipe motion is rough-at-best.

Big thanks to WPCentral for the lead on this, and we look forward to more details at E3 and beyond.