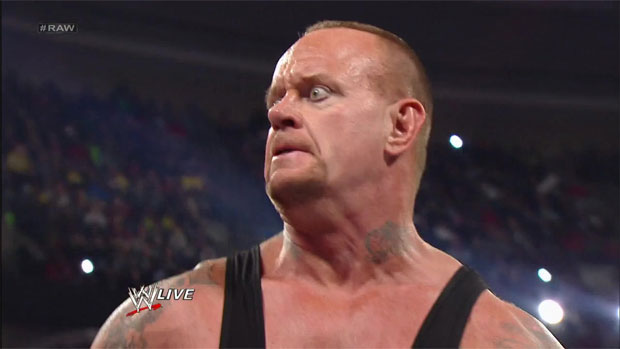 Today 2K announced their plans to release a special edition of their upcoming wrestling game, WWE 2K14. This special edition will be “Deadman” themed as they’re calling it the “Phenom Edition,” obviously in reference to one of the most storied WWE wrestlers of all time, The Undertaker. Formerly known as The American Badass during his short-haired, chopper riding days, The Undertaker has remained one of the most electrifying superstars in sports entertainment, no matter how old the man gets. Below is what can be found in the Phenom Edition and an even better description of The Undertaker…

“The Deadman.  The Lord of Darkness.  The American Badass.  The Phenom.  In every aspect of his career, Undertaker has commanded the admiration and respect of WWE fans and newcomers alike for more than two decades,” said Chris Snyder, Senior Director of Marketing at 2K.  “His unequivocal legacy will be fully realized in the WWE 2K14 ‘Phenom Edition’ and is a must-have item for any collector.”

As a guy that’s been a fan of wrestling for a while, but only recently fallen off the bandwagon, the idea of an Undertaker special edition is an interesting one. No price was announced but with all the things that come with it, it’s hard not to imagine the Phenom Edition being well over $100. That’s simply speculation on my part, however. We’ll know in a few months, though, as WWE 2K14 releases on October 29th for PS3 and Xbox 360.