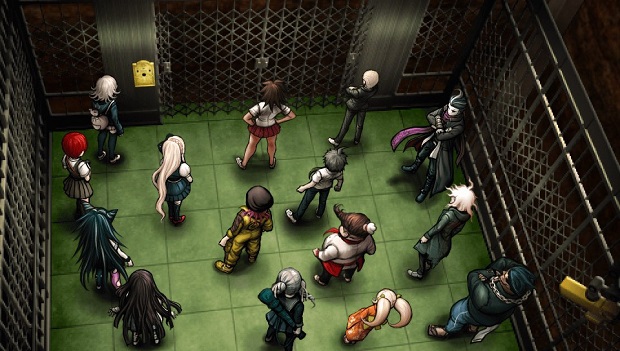 While the story for Danganronpa 3 hasn’t been written yet, series writer Kodaka Kazutaka has a few ideas about how he would like to proceed with the murder mystery visual novel series.

Speaking with Siliconera, Spike Chunsoft’s Kazutaka discussed how he plans to approach a third Danganronpa game, even comparing his current idea to Back to the Future: Part III.

“The current plan I have in mind is something like Back to the Future: Part III.

If I were to do something sci-fi, the rules of nature could change. In present day, you can’t go through walls and these laws of nature can’t be broken. But, maybe with a future setting those laws can be bent or altered. Then I could develop murders and tricks based on what technology could be possible in the future.”

When asked for clarification as to whether or not the comparison to Back to the Future meant a game that could also be set in the past, Kazutaka said that he liked “that idea of being able to play with timelines as a narrative idea.”

Elsewhere in the interview, Kazutaka stated that he’s “back in the mood to make another mystery game” after creating Danganronpa: Another Episode, a third-person shooter. Another Episode was confirmed for localization this fall, and we recently got a chance to go hands-on with the spin-off.

The first two games in the series, Danganronpa: Trigger Happy Havoc and Danganronpa 2: Goodbye Despair, are both available on PlayStation Vita, and Spike Chunsoft has no plans to port the games to other platforms.

For more on Danganronpa, check out our spoilercast, and analysis of the game’s main villain.