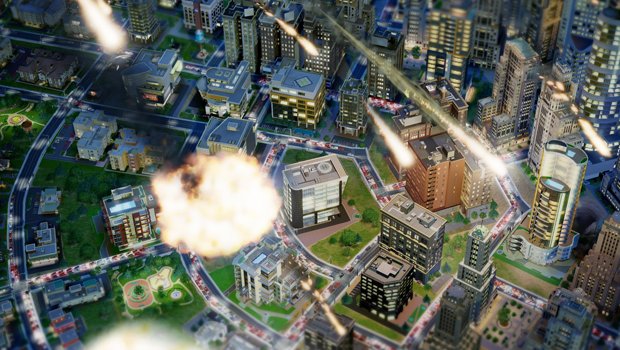 It’s cool to hate Electronic Arts right now. Actually, it’s cool and it’s somewhat reasonable, since eventually a company can only have so many gaffes in a row before everyone starts thinking that they simply hate their consumers. But there’s been some good news for Electronic Arts recently: Businesswire is reporting on Electronic Arts’ first quarter results for the fiscal year of 2014, and Electronic Arts is doing rather well as far as economic performance goes. Number one publisher in Western retail markets for calendar year 2013. Number one global publisher on the iOS for the June quarter. 116 awards at E3 from over 220 nominations. Those are the gaming highlights, as opposed to the minute details of financial operations that no one’s going to care about unless they’re trading Electronic Arts stock or have a stock market fetish, but overall – not bad. Not bad at all, EA.

Of course, the fact that EA picked up the infamous Golden Poo award two years running is not mentioned at all, which just goes to show the sort of details that get left out of these formal business statements. That said, it’s not as if Electronic Arts isn’t deserving of a whole lot of praise in a technical sense – they do make some great, in-demand games. They make them quite often, as a matter of fact. It’s their damn attitude towards their customers and the fans of their games where practically all of their problems pop up, and hopefully they don’t forget that fact even while they celebrate their position of dominance in the gaming industry.