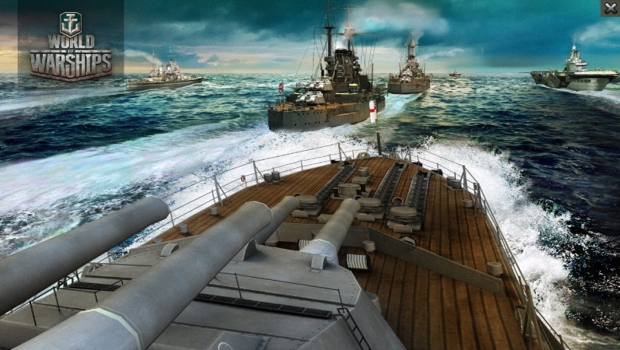 We still haven’t gotten a lot of details on World of Warships quite yet, but we’ve got scheduled hands-on time with it for next week.  In advance of that, Wargaming has released a new World of Warships cinematic video.  We saw a very short teaser cinema for E3 last year, but this is the “blow the lid off” video that folks were waiting for.

If you’ve missed our bits about the game, here is what we know so far:

World of Warships is a free-to-play naval action MMO that plunges players into the era of the 20th century devastating sea wars. Dive into the massive naval battles and tame the overwhelming power of multiton titans to conquer the high seas.

The game provides numerous strategic opportunities for success in combat. Sudden strikes from cover, cunning flanking attacks or open head-to-head encounters—every player will have dozens of tactics to choose from.

The game is heading into closed Alpha.  Stay tuned for our hands-on coverage from E3.