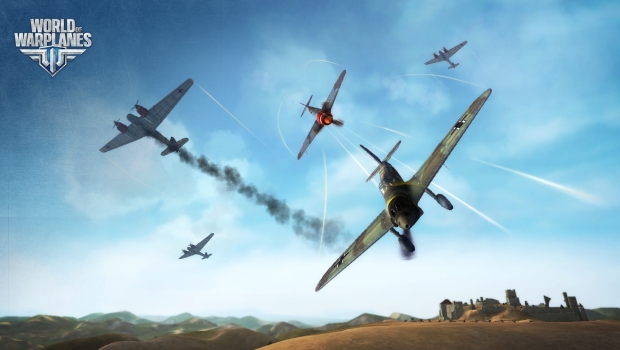 World of Warplanes is coming closer to release.  When we previewed it we hoped that the team would come up with comprehensive tutorials.  Well, wish granted.   Today we’ve got a video that goes over some of the more complex aspects of cooperative dogfighting, as well as how ground attack, heavy fighters, and scouts will fold into what is clearly becoming a synergistic class-based game.   Awesome?  Damned right.

To go with the video, we’ve also got a nice bit of info courtesy of a swanky infographic.  It goes over some of the crazy stats that have been collected over the course of the beta.  It’s amazing how how many matches are already in flight (ha! pun!) .   Before I make any more puns, here’s a little bit about the video:

Wargaming, the leading free-to-play developer and publisher, today released the latest tutorial video for World of Warplanes, taking a deeper dive into the specific traits and combat objects of each specialized warbird class in the game.  Whether zipping through the skies in a nimble fighter, bombarding enemy ground targets in a ground-attack aircraft, or taking damage and dishing it out as a heavy fighter, newcomers to World of Warplanes will get further insight into strengths, weaknesses, and combat specifics of each of these classes.  The tutorial video also delves into the basics of cooperation within a flight unit, ensuring that no matter what class you choose, you’ll know the tactics necessary for success up in the clouds.

World of Warplanes is headed towards release very soon.  You can try it out for yourself by hitting http://www.worldofwarplanes.com