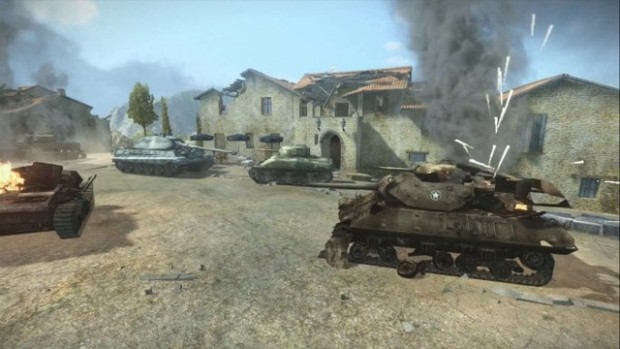 World of Tanks, the popular multiplayer PC action title, is set to tread onto the Xbox 360 this summer with an edition exclusive to the console. World of Tanks: Xbox 360 Edition is being published by Microsoft and developed by Wargaming West. The game will start with an open beta and tanks will be limited to just the US and Germany, but before it’s all done, expect plenty more, including premium tanks, consumables and experience and money boosts – in other words, in-app purchases…yay?

Hopefully that won’t detract from what promises to be an incredible action experience as gamers head into matches of up to 15 vs 15 players. You can head over to the World of Tanks 360 page right now to sign up for the open beta.

Look for World of Tanks: Xbox 360 Edition to hit the Xbox Marketplace this summer, and check out the trailer below for an idea of what you’re in for.