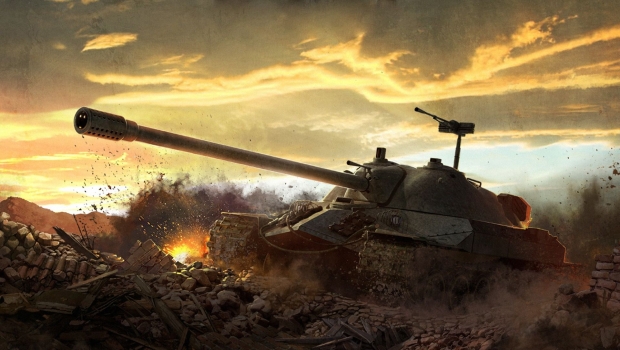 You might have heard of World of Tanks — 45 million players are actively playing, and that number is only going to go up with the announcement that it’s coming to PlayStation 4 on January 19th.  The Free-to-play title will have a whole host of new features to take advantage of the power of the platform:

World of Tanks will feature enhanced visuals, utilizing the full power of the PlayStation®4 system along with platform specific features, a Platinum Trophy and limited-time exclusive content for logging into the game.

Built specifically for PlayStation®4, World of Tanks incorporates platform features that elevate tank warfare on console with complete DUALSHOCK®4 functionality, Share Play and PlayStation®Vita Remote Play with optimized controls for the ultimate multiplayer experience. World of Tanks will offer a Platinum Trophy, along with four different Founder’s Packs containing a variety of Premium in-game content available now in the PlayStation®Store. Players that login before January 31, 2016, will be gifted the T1E6-PS US Premium Light Tank with exclusive camouflage.

We’ve had nothing but praise for the World of Tanks series, and now an entirely new audience gets to find out what we’ve been saying all along.   Look for World of Tanks to appear in the PlayStation Store on January 19th.  In the mean time, enjoy some fresh screenshots directly from the new platform.