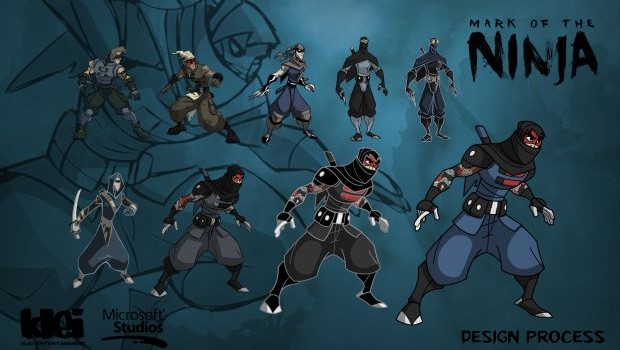 Mark of the Ninja was one of the breakout indie games of past year — a stealth game with a surprising amount of polish. Why is it surprising?  Because the developers used almost no overtime, and managed to keep their non-work lives intact instead of demanding long work hours from the development team.

There’s been a lot of friction between game companies and their employees over the last few years over “crunch time.”  Despite grumbling from below, game-makers have routinely demanded their employees work long hours as the games near their publishing deadlines.  Jamie Chang and Jeff Agala, major players at Klei Entertainment, admit that there’s a need for quality, but that requiring excessive overtime is unsustainable, and that it’s a good way to choke a game company’s creativity.  According to Chang, the trick is to see the need for crunch as a failure in the design process.

Chang’s philosophy is to eliminate a lot of big time sinks by not “building in the wrong forest”–that is, not getting caught up in the details, or even the mid-level design, for features that you’re not going to use in the final product.  Chang and Agala realized that they can save a lot of time in design by realizing what elements of the game to cut early in development.

The heads at Klei accomplished this in two ways.  First, they decided to take an empirical, hypothesis-driven approach to testing.  When they had an idea for a feature, they would do a bare minimum of effort to make it testable, then ask the QA department how it affected the game.  If Chang and Agala didn’t like the player’s response — if, for example, it made the player want more offensive power — they’d remove the feature before any substantial effort had been done.

The second method Chang and Agala used to keep development on track was to make things simple.  When offered choices between complicated character lighting or a rudimentary, easy-to-understand binary choice between “visible” and “invisible,” they opted for the simpler choice.  They admit they saved a lot of design effort by realizing early in the development cycle that the game was more fun if they used “stupid” enemy AI.

As the friction between upper and lower level game developers continues to grow, it should be nice to see some new takes on striking a balance between developers professional lives and their non-work activities.  Keep it tuned in here for more coverage of GDC!