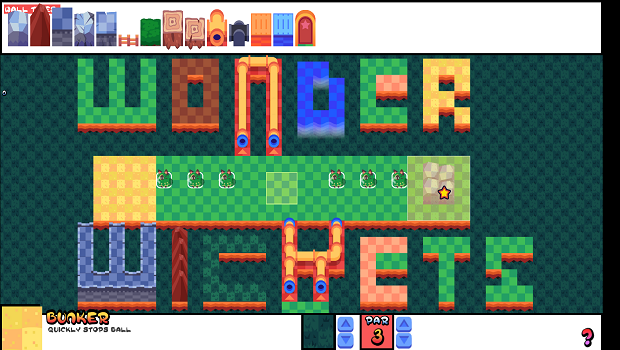 Wonder Wickets is a mini-golf inspired game, featuring distinctive features such as breakable obstacles, enemies with varying AI, power-ups, and a level editor. You play as a selection of characters who can freely roam the courses, and acts as the Star Orb’s source of force by hitting the Star Orb with your mallet. The Star Orb’s velocity can allow it to overcome enemies, breakable obstacles, and other obstacles in its path. However, a slower or moderate pace will be needed to strategically avoid dangerous hazards that can send your Star Orb in the wrong direction, or pitfalls and water that’ll penalize your score.

Wonder Wickets will be released this April for PC, with prospective ports for Mac, Linux, and mobile in the near future. An Indiegogo campaign will be active later tonight for additional stretch goal developments.