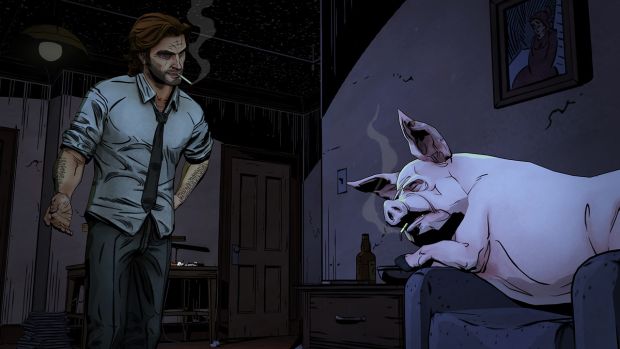 Finally, am I right? At long last, Telltale has announced the release date for Episode 2 of their widely regarded adventure game “The Wolf Among Us.” While the first episode originally released on October 11th, the second episode will finally be ours to play the first week of February according to Telltale co-founder Kevin Bruner on their forum. The Wolf Among Us, published by WB Games, was praised by Gaming Trend’s Matt Buckley stating that “The hooks are in, and I can’t wait to see what happens next.” Thankfully, the wait is quickly coming to an end.

We are working hard with all of our partners (Xbox, PlayStation, Steam, Apple) to coordinate everything, but we’re confident enough to announce that here. The episode is looking really good (as is the rest of the season!). We are very concerned about the long delay for this episode, but this is one of those occasions where several things conspired against us (not to mention the additional delays due to the holidays). I won’t dive into the details, but it’s been an unusual and specific set of circumstances and we do not anticipate it happening again as we go forward with the rest of the season.

Though the specifics for which platforms Episode 2 will be releasing on remain unclear, it seems the consoles the previous episode was released on will be supported yet again. Now it’s simply a waiting game until February arrives!