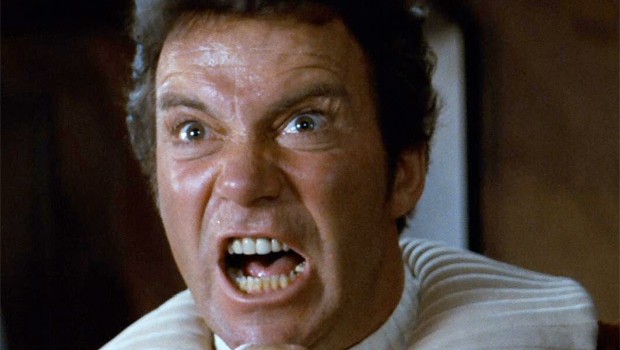 One of the biggest games that will be released at GenCon this year is Star Trek: Attack Wing from WizKids.  Now WizKids has announced that they will have a special promotional card available for the new game, and you can probably guess who it involves from the picture above.

Under license by CBS Consumer Products, Star Trek: Attack Wing utilizes the FlightPath™maneuver system featuring pre-painted miniatures of iconic ships from the Star Trek universe. Assemble your fleet and customize your ships with different Captains, Crew, Weapons and Tech upgrades. The Star Trek: Attack Wing Starter Set (SKU 71120)— which includes the U.S.S. Enterprise-D/Galaxy-class, I.K.S. Maht-H’a/Vor’cha-class and I.R.W. Khazara/D’deridex-class ships as well as a rulebook and all the components needed to play— releases in August along with the first 8 expansion packs of two each of Federation, Romulan, Klingon and Dominion faction ships.

This uses the same system as the Star Wars X-Wing Minatures game.  I can’t wait to get my hands on this, and having Khan playable is a great bonus for those attending GenCon.  Hopefully it will become available for those who aren’t able to make it there.