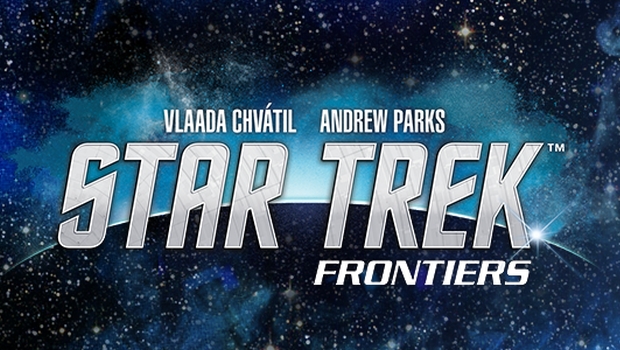 When Mage Knight was released, the game was praised for its gameplay, but some were surprised that it was set in the same universe as a collectible figure game.  However, the sinister tone helped make it a a hit among gamers that didn’t mind heavy rulebooks.  It even plays well solo, with some prefering to play it that way.  It seems like there might be a new way to enjoy the Mage Knight system, but use a more popular license.

“Like the Mage Knight board game, Star Trek: Frontiers allows players to explore areas that are new and different each time they play. I can’t wait for Star Trek fans to start commanding their Federation and Klingon ships as they encounter Romulan Warbirds, send carefully chosen away teams down to unknown planets, and challenge the might of the Borg,” said Frontiers game designer, Andrew Parks.

“The Star Trek universe opens up a huge variety of thematic options for a designer, and I specifically hope fans of Star Trek will enjoy the work that Andrew has done to bring the system to the world of Star Trek,” said Vlaada Chvátil, creator of the original Mage Knight.

Similar to Mage Knight, in Star Trek: Frontiers, players will follow multiple scenarios leading them on a journey into the unknown. They will earn Experience Points and further their Reputation as a Captain while commanding their Ship, recruiting new Crew Members and encountering some of the undiscovered mysteries of space.

The Star Trek: Frontiers board game features both competitive and cooperative scenarios and is designed for 1 to 4 players. Solo game scenarios are also included at the end of the Full Rulebook.

For more information on Star Trek: Frontiers, and other great games by WizKids, visit WizkidsGames.com.

WizKids has used Star Trek in the excellent Star Trek Fleet Captains (as well as the mediocre Encounters), but Star Trek: Frontiers sounds incredible with space combat and away missions in the same game.  I am really glad to hear that WizKids is expanding their use of the Star Trek license.  As more details come, we’ll keep you updated.