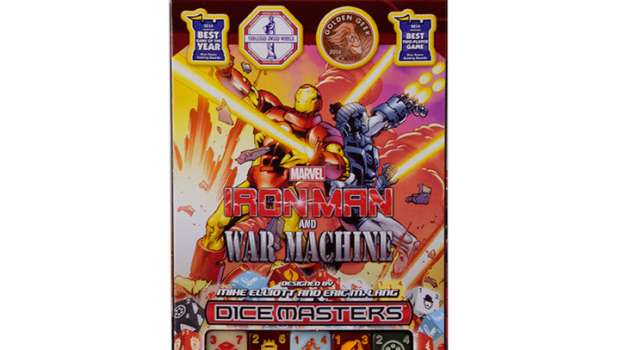 It seems like Dice Masters just keeps on rolling with new editions.  With themes from Marvel, DC Comics, D&D, and more, the series keeps on coming out with more dice and cards to collect.  Iron Man has become one of the most popular figures in the Marvel Cinematic Universe, but he hasn’t had a Dice Masters Starter Set of his own.  However, WizKids has announced that the next version of Dice Masters will include Iron Man as well as his friend War Machine.

The Marvel Dice Masters: Iron Man and War Machine Starter Set will be the first annual starter set that will not be linked to a larger release. This set features fan-favorite characters like Iron Man, War Machine, Howard Stark, and Rescue. It will also reveal versions of Iron Man’s armor NEVER-BEFORE SEEN in Dice Masters along with new takes on 8 Marvel Dice Masters heroes!

With new versions of the Iron Man armor included in the game, that should make it a hit for fans of Dice Masters as well as of Iron Man.  Be on the lookout for this in February.