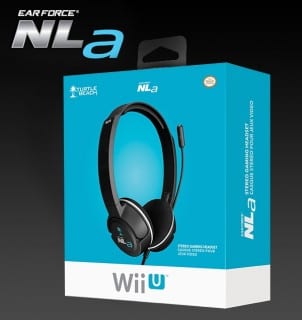 Further energizing Nintendo’s giant leap into the current console generation, Nintendo has teamed up with EarForce to create Turtle Beach headphones for the Wii U.

“The Wii U launch will prove to be one of biggest gaming console events of the year and we couldn’t be more excited to support Wii U with dedicated headsets,” said Bob Picunko, Chief Marketing Officer of Turtle Beach. “The advanced capabilities of the Wii U system offer us the chance to deliver gamers the kind of quality they fully expect from both Turtle Beach and Nintendo.”

Nintendo’s efforts to provide their fans a top-of-the-line audio and visual experience with the upcoming Wii U have never been more promising since the announcement of the Wii U. I’m sure it won’t be long before we’ll all be playing The Legend of Zelda and get to hear Navi shouting at us via HD headsets.  Check out the press release below for all of the details.