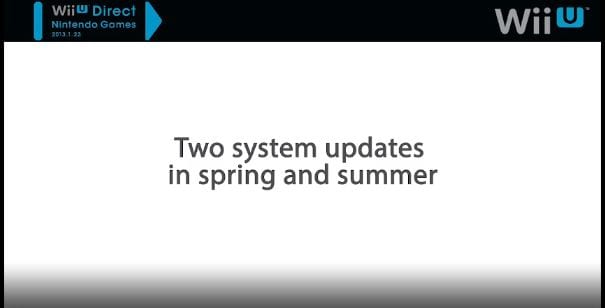 According to this morning’s Nintendo direct, the Wii U will receive two system updates, which look to improve general usability features of the system. Plus, after the Spring update, Nintendo will make Virtual Console titles available on the Wii U. Games will be trickled out slowly, rather than releasing them all at once. Game Boy Advance titles and Gamepad play are all planned. Prices will be the same as the Wii versions, and players  who own the Wii versions will receive an unspecified discount.