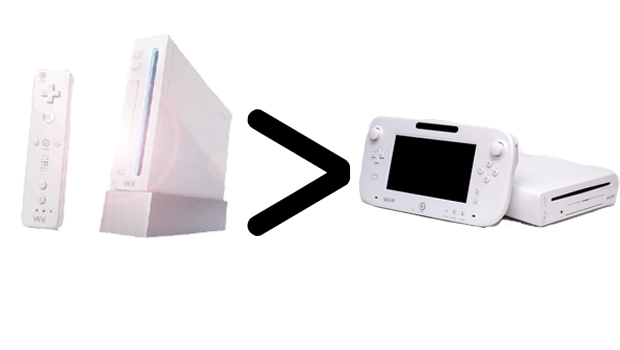 It’s out with the new and in with the old according to the latest April US sales numbers from Nintendo. Wedbush Securities analyst Michael Pachter reports the original Wii console will outsell the Wii U by nearly 20,000 units this month alone. That’s right, it’s been six years and the Wii is still jogging strong with a solid 75,000 units sold this month in the US.

But sadly, with a 19 percent decrease in Wii U sales since March, things aren’t exactly looking up for the GamePad controlled console. Perhaps it will pick up when Nintendo begins launching core titles  such as Pikmin 3 and the rumored Mario 3D. It’s also likely that consumers are simply waiting to see what Sony and Microsoft have planned. Regardless, it’s clear that Nintendo and the Wii U have a long uphill battle ahead.