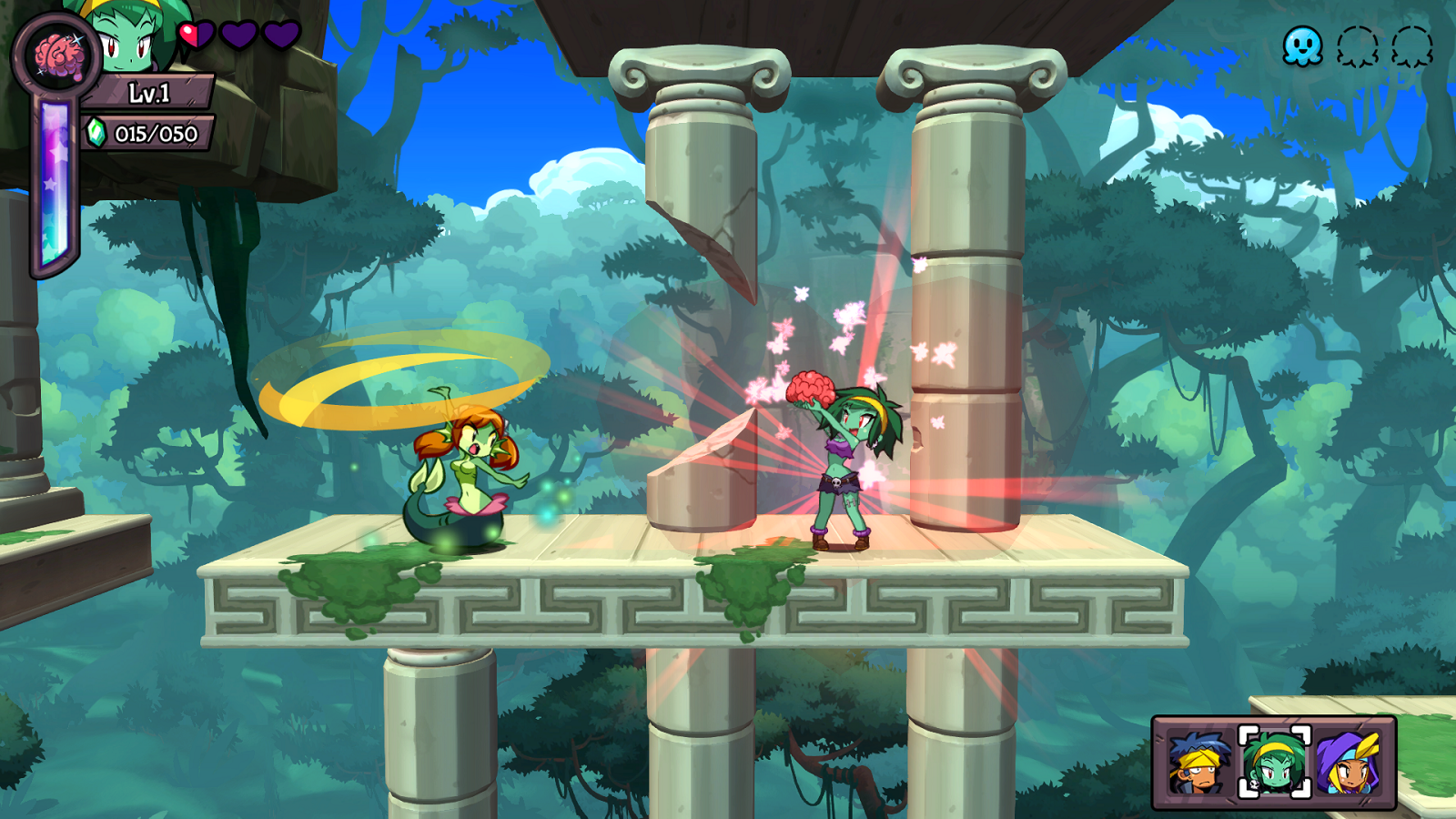 If you haven’t already played the excellent Shantae: Half-Genie Hero on Nintendo Switch, you’re in luck: XSEED Games has announced that it will release an expanded physical edition of the game with the subtitle Ultimate Day One Edition, which will include all previously released DLC and some other goodies. The physical limited edition will be released next spring.

Don the fancy hat, trade magic for good old-fashioned weapons and tools, and play the role of the bodacious (and ambiguously evil) buccaneer Risky Boots with the Pirate Queen’s Quest DLC. Having successfully stolen the powerful Dynamo from Shantae’s uncle, Risky Boots must now traverse the game to uncover the five mysterious components needed to upgrade the machine and bend Sequin Land to her will in this all-new adventure!

The “Ultimate Edition” also includes the new Costume Mode and Friends Mode DLC, because no dance party is complete without friends and costumes! Friends Mode takes Shantae’s pals Sky, Bolo, and Rottytops into her nightmare where they must find and save her from certain doom. This all-new storyline features ethereal new levels and a special boss encounter. Shantae’s wardrobe gets expanded, too, with the Costume Mode DLC, which provides three new arcade-style adventures for her to sashay her way through in style. Stick to the shadows as Ninja Shantae, soak in the sun as Beach Shantae, or lay down the law as the Mighty Switch Force-inspired Officer Shantae in these arresting new arcade adventures!