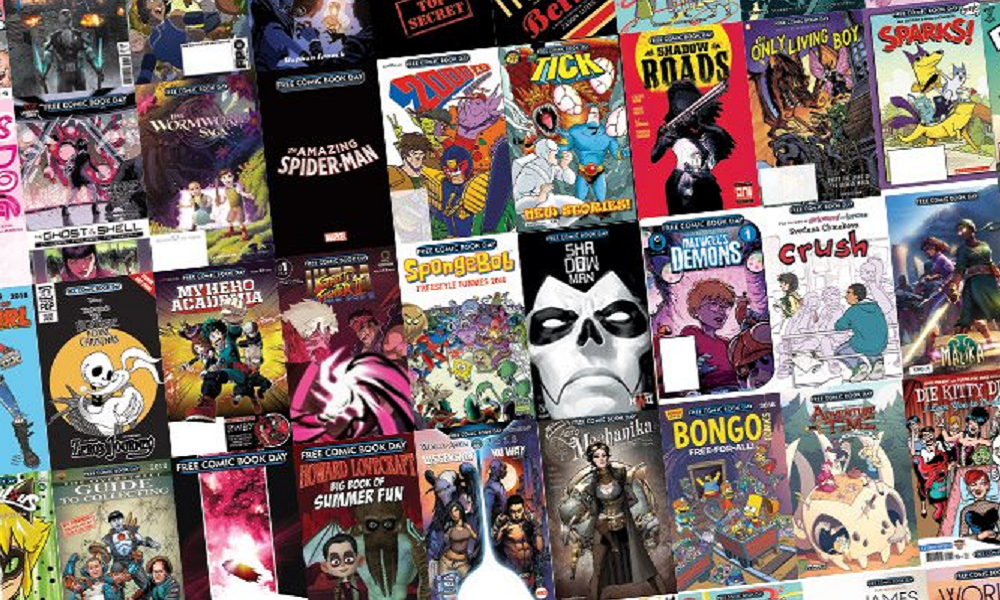 Comic fans across the nation rejoice, for our annual comic book holiday is fast approaching! While the nationwide event won’t take place until May 5 next year, the Free Comic Book Day selections for 2018 have been announced today.

“It’s a great time to be a comics fan, and an even greater time to experience the medium of comic books for the first time during our 17th annual Free Comic Book Day,” said Joe Field, originator of FCBD, and owner of Flying Colors Comics in Concord, CA. “The amazing line-up of titles, the great events staged by thousands of independent comic book retailers, and the enthusiasm of comic shop fans all over the world will make May 5, 2018 a great day to celebrate comic books!”

A complete listing of all fifty FCBD titles, including the twelve Gold Sponsor and thirty-eight Silver Sponsor comic books, can be found in the January issue of Diamond Comic Distributors’ PREVIEWS catalog, on sale at comic book shops on December 27th, 2017.

Looking at the list of comic offered, it seems like there’s something for everyone. I’m personally interested in the Viz Media Pokémon offering, the “Top Secret” DC gold comic, Udon’s Ultra Street Fighter II comic, as well as the Tokyopop continuation of its Nightmare Before Christmas release. Check the link for the complete listing, and stay tuned for more news here on Gaming Trend.