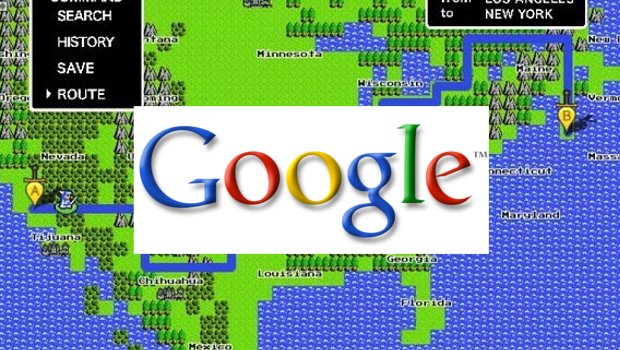 TechCrunch is reporting that Google has hired industry veteran Noah Falstein to the position of Chief Game Designer, suggesting that the sprawling search-engine giant may have something big planned for gaming in the near future. After all, Falstein has been around since the Sinistar days, continuing upwards and through Alan Wake – so whatever Google’s got planning, they apparently needed someone with serious design experience under their belt. Now, Google isn’t completely alien to gaming – they have some tertiary links to the industry just by the nature of their various tech involvements. As TechCrunch points out, however, Falstein’s main focus seems to be on what he calls Serious Games: what he terms as “Using Games, Game Technology, or Game Industry Techniques for a purpose other than pure entertainment.” That’s pretty suggestive, and the possibilities go beyond straight-up educational games. So, armed only with this brief hiring news and an endless amount of baseless speculation, just what can we expect out of Google the Game-maker?

Well, our best bet at the moment is to look at some of Falstein’s own past Serious Games projects. It’s quite a diverse list, ranging from some pretty standard-sounding educational entertainment software to apps devoted to getting children with cancer to stay on their chemotherapy drugs, or scientific/industrial simulations. Of course, that diversity makes it hard to guess just what use Google would have for Falstein. Probably nothing so dry as a game-ified simulation of Google’s search architecture for the purposes of training new tech-related hires. Some speculation is being kicked around right now that a Google Glass game may be in the works – maybe a game that teaches new owners how to properly use their spiffy high-tech headgear? Considering the intuitive differences the Glass platform would have over phone or tablet devices, that seems like the safest bet right now.

Either way, as a guy who to this day thinks Sinistar was one hell of a game, I wish Noah Falstein luck in his new job. It’ll be interesting to see just what Google does with his vast expertise.