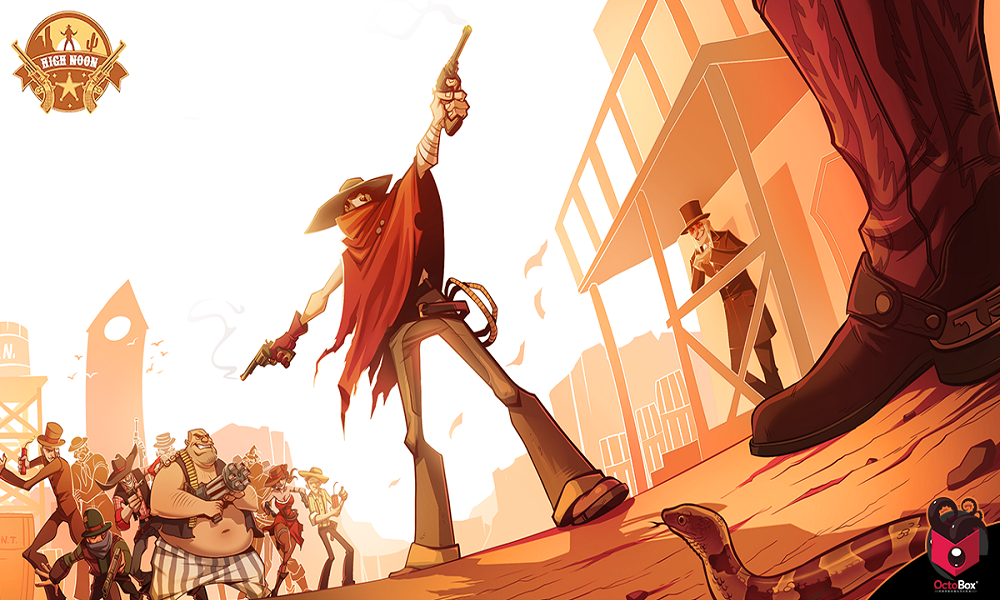 Today, Buka Entertainment announced that it will release its upcoming VR game High Noon VR on November 14 for HTC Vice and Oculus Rift headsets. The game will be released on Steam, and tasks players with defending a small town in classic Western style.

High Noon VR – the exciting and funny VR shooter developed by Russia based Octobox Interactive. Player assumes the role of a new sheriff of the small town isolated somewhere in the Wild West. Things are not doing that well there because of the hordes of bloodthirsty outlaws all over the neighborhood. Now it’s time to show them who’s the Law here now. Put on your favorite spurred boots, lock and load your faithful Colt – this town awaits its savior!

From regular revolvers, rifles and dynamite to unconventional harpoons. Choose and upgrade your weapons right – your life depends on it! Enemies get tougher and bosses get deadlier with each new level and location — upgrade your arsenal and mow them down. Every single one of them has different look and behavior, but they all have a common goal – to get rid of the new sheriff. Join the fight, upgrade your weapons, and compete with your friends. Dynamic battles against dozens of enemies, a vigorous soundtrack and vivid, stylish visuals in the classic Western atmosphere awaits you. You are the Law now!