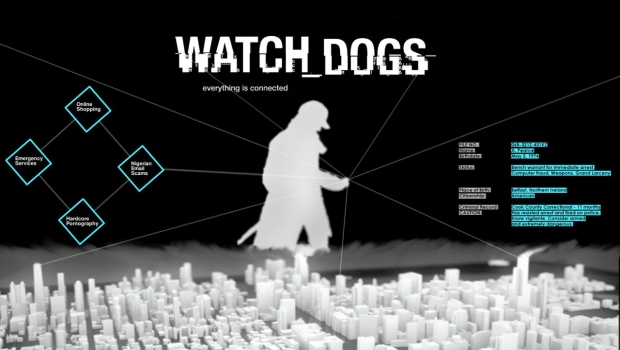 It was true during E3 last year, and it’s more true now – Watch_Dogs is shaping up to be one of the most anticipated titles of this year.  The beautiful part is that it’s coming on nearly every platform under the sun.   Today we’ve got a sweet pair of videos showing off some gameplay in a video entitled “Out of control”, as well as a making-of for an exclusive pre-order goodie should you nab your copy from GameStop.   Let’s dig in and take a look:

Today, Ubisoft® announced that its highly anticipated game, Watch_Dogs™, will be available in North America on November 19 for the PlayStation®3 computer entertainment system, Xbox 360® video game and entertainment system from Microsoft, the WiiU™ system from Nintendo and Windows PC, as well as at the launch of the PlayStation®4 from Sony Computer Entertainment Inc. (SCE). The game is also planned for other next generation consoles.

Fans can check out the latest action in Watch_Dogs by watching the gameplay trailer, released today. In the Watch_Dogs gameplay trailer, Aiden Pearce takes his fight to a never- before-seen district in Chicago and encounters new characters while trying to put his past to rest.

As the PR says, the game is coming to Xbox 360, PS3, Wii U, and PC, but is also coming to PS4 and whatever the next Xbox is called.   The release date is November 19th, and frankly I can’t wait.  The first video is the aforementioned gameplay awesomeness – check it out:

The second video is the pre-order goodie showing how the exclusive poster (You’ll find it below) from comic artist Alex Ross came together.  Love watching talent at work…

Players who pre-order Watch_Dogs at GameStop stores across North America will receive an exclusive poster designed by famed comic-book artist, Alex Ross. The poster’s design is the inspiration behind the game’s box art and captures the essence of Aiden Pearce, a modern-day vigilante who must rely as much on brains as brawn to take down threats in our increasingly connected world.

Stay tuned – I suspect we’ll be seeing a whole lot more on this title at E3. 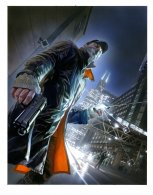