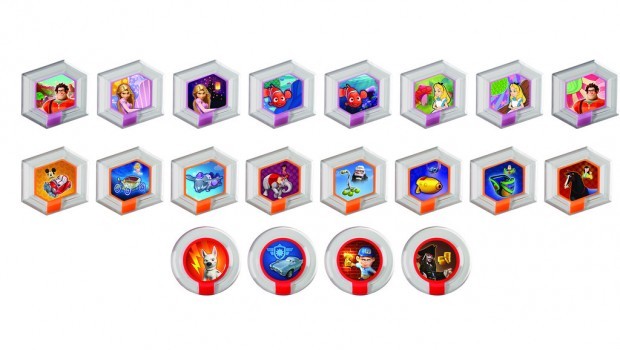 As if selling individual figurines and play sets weren’t enough, Disney Infinity reveals a new way to part money from the wallets of unsuspecting parents and collectaholics like myself. When Disney Infinity launches on August 18th, you’ll not only be able to pick up Mike Wazowski or Captain Barbossa to round out your collection, you’ll be able to buy blind bags with two of these Power Discs inside for $4.99.

These discs do everything from unlocking special powers and upgrades to unlocking vehicles and gadgets for use in Toy Box mode. As you can see, there are Discs that unlock stuff from Finding Nemo, Aladdin, Wreck-it Ralph, and much more:

It’s a shame you can’t buy these outright without inevitably ending up with duplicates. But I’m sure a nice gray market will spring up on eBay virtually overnight. And I’ll be right there with you, trying to get them all.