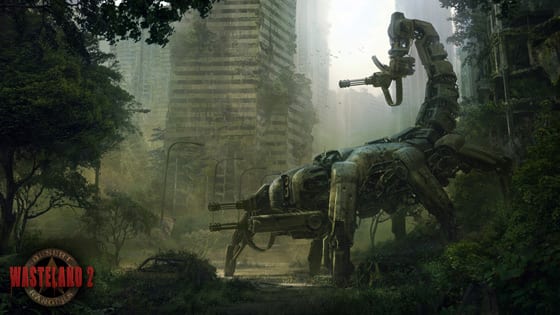 While the more than 61,000 Kickstarter backers anxiously await the Wasteland 2 release, apparently developers inXile are interested in entertaining us through the holidays. What better way than a gift and a story?

Right now through the end of the year, folks who’ve contributed to the Wasteland 2 project can head over to Ranger Station and get a free retail copy of The Bard’s Tale, inXile’s first release, in the form of a Steam token.

Here’s what inXile has to say about The Bard’s Tale:

“What is The Bard’s Tale?” you ask. Good question. Let me tell you. The Bard’s Tale was inXile’s first game (published 2004), and it is a reimagining of the original Bard’s Tale series created by Brian Fargo and Interplay in the mid 1980s. Our remake is a much lighter action RPG than the original, and it is considered by many to be one of the funniest games ever made. The Bard, who is voiced by The Princess Bride’s Cary Elwes, is a sarcastic, reluctant hero who has little interest in saving the world unless there is enough profit in it. We try to turn all the classic RPG clichés upside down in this hilarious tribute to the genre we all love.

While the gameplay is simply functional, the humour is over-the-top and Cary’s performance is memorable to say the least. If you’re a backer, you’ve only got till the end of the year to claim your free game. Go, go, go!