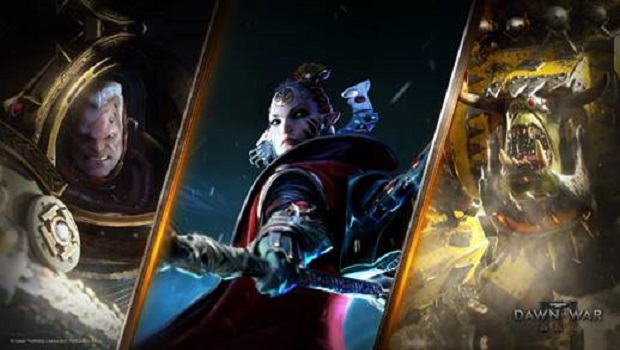 Relic Entertainment and Sega Europe have announced that Warhammer 40,000: Dawn of War III has been nailed down for an April 27 release date. The PC game will also be available in three different editions, which can be pre-ordered through the game’s official website.

Relic Entertainment announced that three different versions of Dawn of War III are available for pre-order: the standard edition, limited edition, and collector’s edition. The limited edition will include a premium disc book, lenticular art card, and official soundtrack of the game. The collector’s edition, will include the limited edition’s contents as well as replica of the Godsplitter Daemon Hammer, three mounted cloth faction banners, and the Masters of War Skin Pack. All editions pre-ordered before the game’s release will include the pack, which is a collection of three cosmetic skins for the game’s Super Walker Elites.

“We’re thrilled to tell fans know that they don’t have to wait much longer to return to battle,” said Philippe Boulle, Game Director of Dawn of War III. “The whole team can’t wait to bring back Dawn of War, bigger and better than ever. April can’t come soon enough!”

Check out the latest trailer below, and stay tuned for more Warhammer 40,000 news on Gaming Trend.