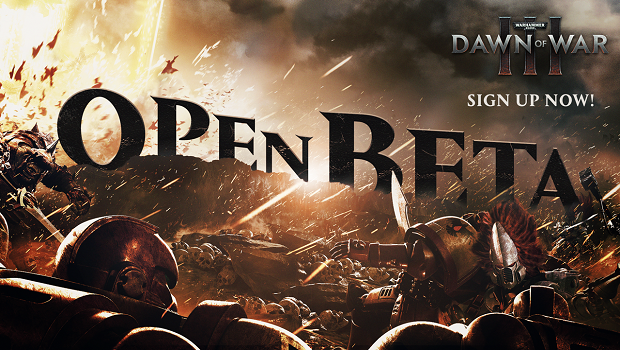 Just days before its official April 27 release date, Relic Entertainment and SEGA Europe Ltd. today announced the official open beta weekend for Warhammer 40,000: Dawn of War III. The beta for the upcoming PC title will take place from 10 AM PST April 21 to 10 AM PST April 24.

The open beta period for Warhammer 40,000: Dawn of War III will include portions of the game’s multiplayer mode. Players will have access to all three of the games factions – Space Marines, Eldar, and Orks – as well as a selection of elite heroes for each faction. Players will also see the Master of War skins in action during the weekend, with Dark Queen, Ghost Seer, and Big Kustom skins for Lady Solaria, farseer Taldeer, and Beauty respectively. The Masters of War Skin Pack is included free with all pre-orders.

Players can register for the beta here. Warhammer 40,000: Dawn of War III will be available on PC April 27. Stay tuned for more news on Gaming Trend.