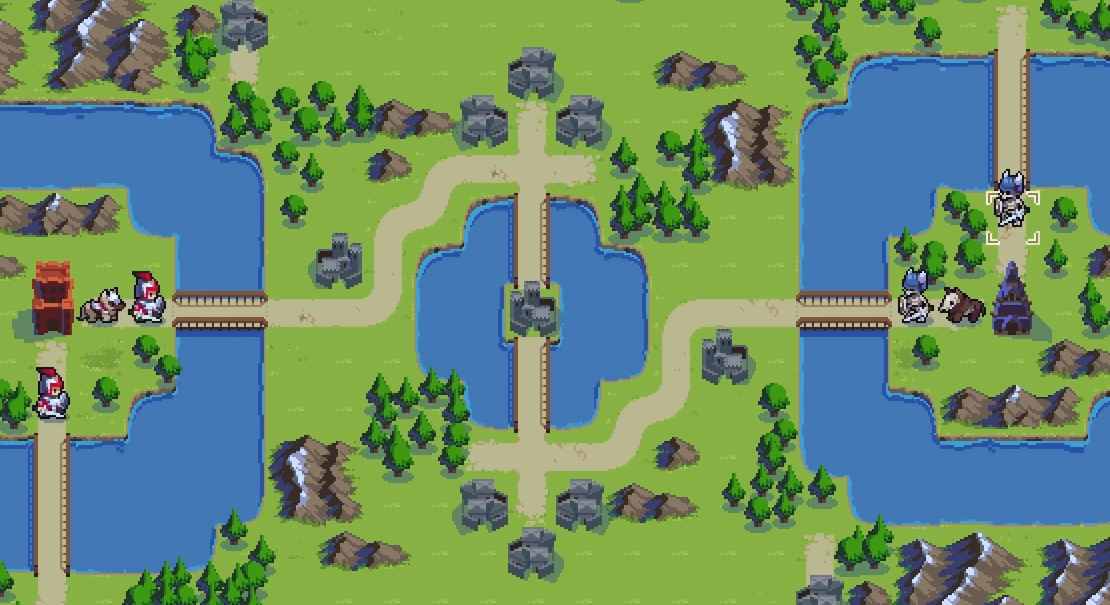 Recently, Chucklefish had a livestream for Wargroove on Twitch showing off the game’s scenario creation tool. This tool, when pieced together with the campaign builder will allow for dynamic campaigns complete with story-driven missions, twists and subquests.

In their recent blog post, they begin the demonstration by designing a test map with paths, terrain, and hidden enemies. The map creation tool even allows for different triggers such as an ambushing enemy appearing when certain conditions are met. These conditions can be customized by different variables such as which player, the value of an object, the unit, and the location.

By adding more triggers, or modifying the existing ones, you can make the map more sophisticated. For example, you could set up something that will set that flag to false, like our aforementioned example of capturing a village. You can set up the map so people on the map give you mini quests, you can introduce new rules and victory conditions to the game, and you can carry over results from one map to another in the campaign with flags that span across the campaign.

There are many features that aren’t done justice if you are unable to see their demonstration on their blog, but Wargroove’s map editor looks promising and in-depth. The map editor will be available on all platforms running Wargroove including PC, Nintendo Switch, PlayStation 4, and Xbox One. The game is planned to be released early next year.