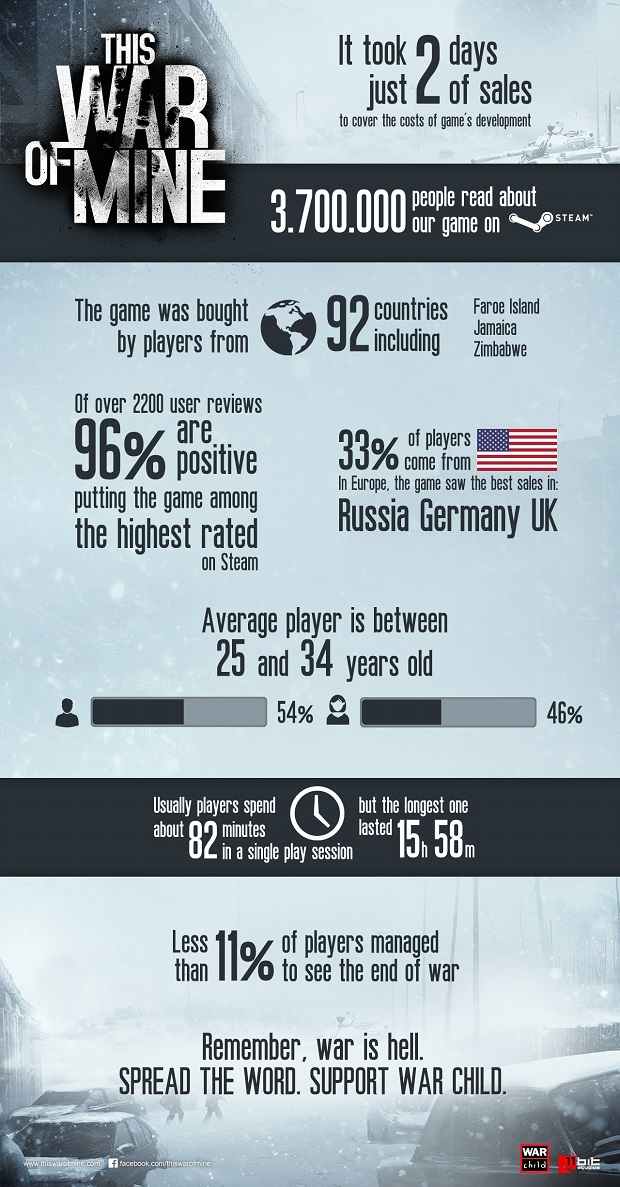 11 Bit Studios has released an infograph that shows off some of the impressive stats about This War of Mine that the studio has accumulated for the game since its release.

The infograph reveals that only two days after the game’s November 14th release date, the studio had already earned back all of the game’s costs of development.

Also revealed was that only 11% of players managed to see the end of the game’s war, while all of the people playing the game span 92 countries.

For more on This War of Mine, check out the Gaming Trend review.