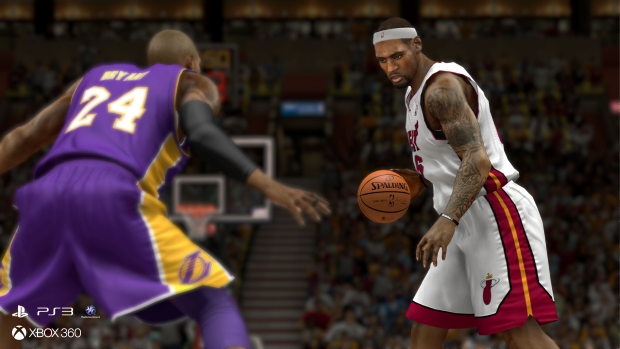 The NBA 2K series has went unchallenged for a few years now. That is obviously changing this year as EA is releasing (or at least planning) their own basketball game, NBA Live. It’s clear that 2K took that as a bit of a challenge, so they’ve went all out and added a ton of new features for their upcoming basketball game, NBA 2K14. These features are all for the current gen versions of NBA 2K14. Try telling the guys behind this series that sports games don’t change year to year.

Below is a list of things that are different. Get ready, because there’s a lot.

Like I said, that’s a lot. Along with those, all the typical features like My Career and The Association will return. 2K isn’t going to back down from a challenger, no matter who it is. Now lets see if EA can counter act this vast feature list.

To celebrate the return of Crews, 2K put together a tribute to the fan-favorite mode which can be found below. NBA 2K14 will release on October 1st for Xbox 360, PC, and PS3.