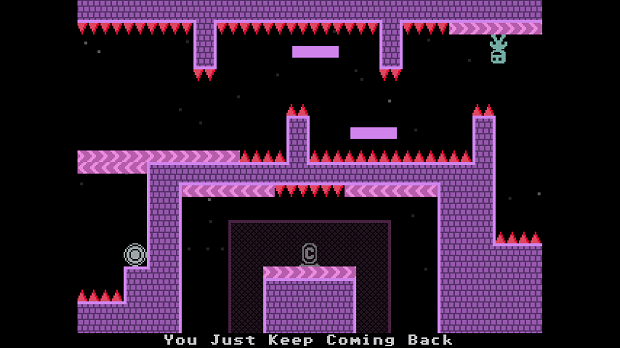 Indie developer and publisher Nicalis, Inc. released the popular 2D platformer VVVVVV on the PlayStation 4 and PS Vita today. If you’re looking for retro gameplay in a modern age, this game’s 8-bit aesthetic and chiptune music should suit you just fine.

VVVVVV was initially released in 2010 for PC. This game may look minimalistic, but it offers the unique mechanic of reversing gravity to avoid obstacles. Though the gameplay is challenging, frequent checkpoints keep it more enjoyable than frustrating. The title originates from the main character, Captain Viridian, who’s tasked with saving the dimension and finding his ship’s crew, all of whom have names that start with the letter V.

Nicalis, Inc. was founded in 2007 and is currently based in Southern California. Visit the VVVVVV website or find more info about Nicalis here.