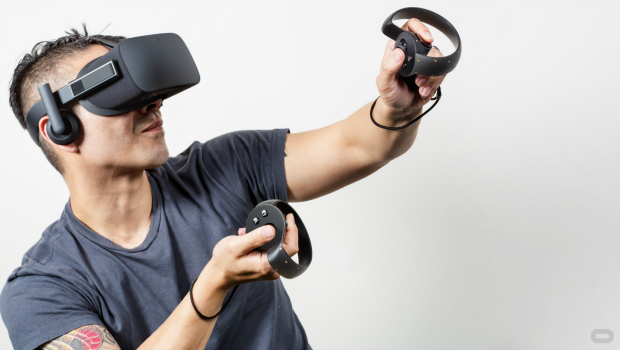 According to a report from The Daily Beast, Luckey revealed himself to be an instrumental financial backer and Vice President of the active group of Trump supporters known as Nimble America. Since these reports surfaced, multiple VR devs — such as Polytron, Insomniac, and NewtonVR — have responded to the revelations, some publicly disavowing the CEO.

In a statement posted on Pastebin, SUPERHYPERCUBE developer Polytron said “In a political climate as fragile and horrifying as this one, we cannot tacitly endorse these actions by supporting Luckey or his platform. In light of this, we will not be pursuing Oculus support for our upcoming VR release, SUPERHYPERCUBE.”

Oculus Rift exclusive Edge of No Where creator Insomniac released a statement to Motherboard (and other outlets) denouncing “all forms of hate speech,” thought they did not state any plans to cease supporting Oculus platforms.

In addition to developers getting out of bed with Oculus in light of the Daily Beast report, Asylum developer Augustin Cordes recently told Kotaku that he has decided against bringing his game to Oculus, though he had considered the platform previously. In an email to Kotaku, Cordes said “It’s a matter of principles. I won’t do anything that increases the wealth of a company which in turn would increase the wealth of a tech leader promoting racism.”

One developer was even bold enough to withhold Oculus support until Luckey steps down as CEO. In a tweet from Tomorrow Today Labs’ Twitter account, NewtonVR stated that they would not support the upcoming Oculus Touch controllers as long as Luckey remains at the VR company.

Hey @oculus, @PalmerLuckey‘s actions are unacceptable. NewtonVR will not be supporting the Oculus Touch as long as he is employed there.

Oculus was bought by Facebook back in 2014 for $2 billion, a deal which netted Palmer Luckey a near billion-dollar fortune.

UPDATE:  Palmer Luckey has released a statement since the publication of this story.