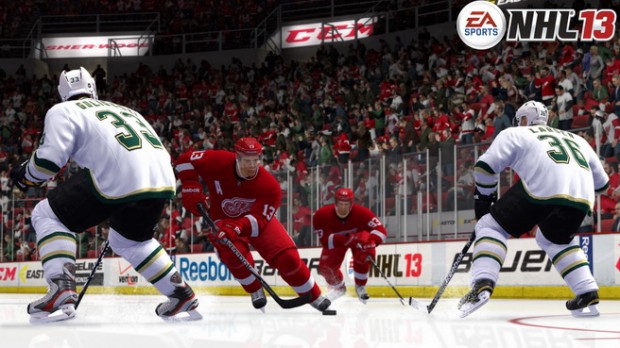 With EA owning the licence for the NHL and the NHLPA, gamers looking for a hockey sim really only have one option.  Luckily, it’s a pretty good option, but there’s one thing it’s been missing.  That guy up there in red on the cover.

Yes, you can now vote to get Pavel Daysyuk exactly what he deserves: a spot on the cover of the latest NHL game by heading over to the NHL’s website.  The voting process will take place in 2  preliminary elimination round, followed by a 16 player 1 v 1 bracket.  The winner of that bracket will find himself gracing the cover of the latest hockey sim.

“Players who have graced the EA SPORTS NHL cover in the past have historically had banner years in the season that followed,” said Dean Richards, General Manager, EA SPORTS NHL. “Patrick Kane scored the Stanley Cup winning goal in 2010, Steven Stamkos notched a league-leading 60 goals in 2012 and Claude Giroux becoming the Captain of the Philadelphia Flyers this season. We’re looking forward to see which fans step up to get their player on the cover of NHL 14.

You might claim that I’m merely being self-serving, as I want my Red Wings to steal the cover.  And you’d be right, so stop whatever it is you’re doing and go vote for Pavel Datsyuk.  A real Russian Hero.

Or, you know, vote for whoever your favorite player is. That works, too.