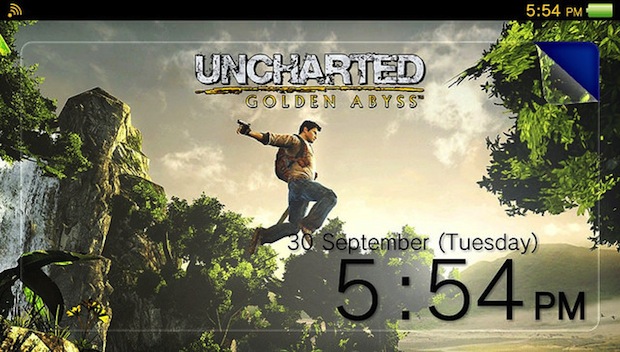 Sony has announced that the Vita’s 3.30 update will launch tonight, and with it comes theme support.

When the update goes live you’ll be able to purchase both game and non-game related themes to customize the look of your system’s UI. A post on the PlayStation Blog claims that themes based around Uncharted: Golden Abyss, Freedom Wars and Tearaway will be available, but no prices were given.

Themes will also be coming to PlayStation 4 as part of the system’s 2.00 update that will also bring YouTube support and Share Play to the console, although it was recently confirmed that that feature would have some restrictions.