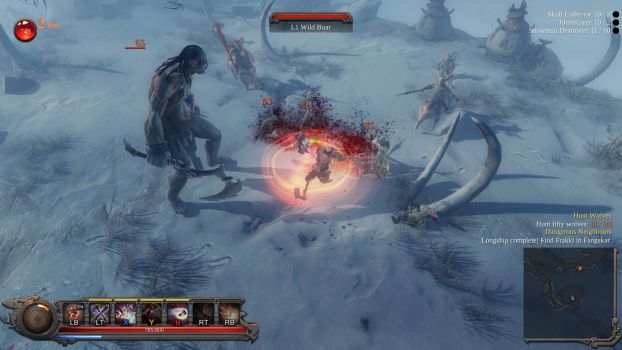 Kalypso Media and Games Farm have announced a new RPG called Vikings: Wolves of Midgard that combines ruthless combat, legendary creatures and the legend of Ragnarok.

Gain blood in battle, to increase strength and spell power. Brandish sword and shield, double axes, two-handed hammer and many other weapons. Survive brutal winters; use pent up anger to destroy enemies and use their blood as blood sacrifices to gain the powers of the gods.  Play campaign, or test your valor by defeating the Trials of the Gods which rewards special weapons and runes.

Vikings will be available on PlayStation 4, Xbox One, PC, Mac, and Linux early 2017. Steam users can pre-purchase the game soon, with a 15% discount. While we wait, check out these sweet screenshots of the game in motion.