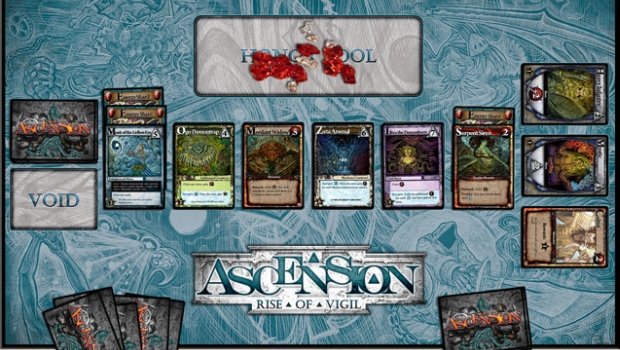 While many deck builders have made their way to the iOS, Ascension is one of the best implementations, if not the best.  It has been a while since we have seen an update to Ascension, but Playdek was able to take the reigns of the implementation the Rise of Vigil expansion, and it was just released yesterday.

Playdek, a leading mobile and video games publisher, and Stone Blade Entertainment, a premier developer and publisher of original board and card games, announce the release of Rise of Vigil an in-app expansion for the award-winning mobile game Ascension. Now available on the App Store, the new expansion features a new energy shard mechanic, adding even more depth and strategy to the game.

The game supports real-time and asynchronous online play for one to four players, as well as pass-and-play multiplayer features or play against AI opponents. The expansion also features new background theme art and music.

While it has been a long time coming, I’m glad to see expansions for Ascension are coming back again.  Each cycle of Ascension offers something different from the previous ones, and the artwork continues to get better.  If you haven’t checked out Ascension yet and like other deck building games, you are doing yourself a disservice.  If you don’t have an iOS device, then be sure to check out the most recent incarnation of Ascension, Realms Unraveled.