This is how the Character screen of Darksiders II  looks at 1920 x 1080.  Pretty rough, eh?  It’s even more stark once you see how sharp every other piece of the interface looks in comparison to Mr. PlayStation 2 here.

Why is the character model on a static menu screen rendered at about one-third the quality he appears during actual game play?  It’s the sort of thing I’d usually go spelunking through the game’s .INI files to investigate, but it turns out the tweakable files I thought would come to light were omitted from the release version altogether.  THQ’s Mathew Everett explains:

During the Community Summit both Jay Fitzloff and I (Mathew Everett) were under the impression that full .config files and final keyboard/mouse and controller hookups were going to work as promised when the PC version of the game launched. That was the plan at the time from a specifications perspective.

Unfortunately, especially at the end of the development cycle, sometimes things change at the last minute, and this was one of them. This puts us in an uncomfortable spot as we were acting on the best information we had at the time, and it has turned out not to be in the final game (at this point).  Since it was always the intention to implement these features, as I type this, the development team is checking to see what items can get added into the game. While I can’t promise what can be done, I can promise we are working with the proper teams and have expressed the importance of including them in a patch.

For attendees of the community event who reported the information that everyone thought was true at the time: our apologies. We did not mean to put you in a position of putting facts out there that would prove to be inaccurate: you are our partners (and our friends). Please link this post to your sites so that your fans know the error was not intentional on anyone’s part and we are doing everything we can to address it. We will circle back when we have more information. And, once again, our sincerest apologies to both attendees to the Community Summit, and their fanbase for the mistake on our part.

The full thread with Everett’s statement can be found here.

Writing as someone who specifically chose the PC version for its improved frame rate and heightened resolution, it would be easy for me to complain about the eleventh-hour sloppiness of the port.  The barrier to my outrage, however, is that for every moment I’ve been confronted with a confoundingly crude shadow map or pixelated texture, there have been thirty minutes of game play where such details were totally invisible.  I have played games that were undone by their jarring visual problems, and so far, Darksiders II  is not among them.

Below, check out ten new spoiler-free screenshots snapped around the first area of the game, plus the complete Character screen used for the lead-in image.  Let me know in the comment section below if you think Vigil needs to prioritize a PC-specific patch, and if you happen to have some experience with the 360 and PS3 versions of Darksiders II, let me know how they compare! 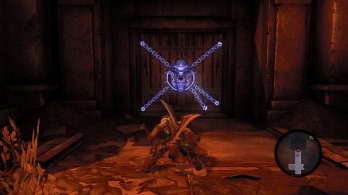 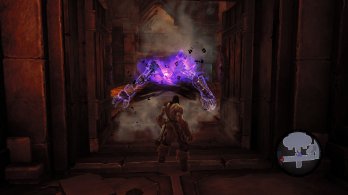 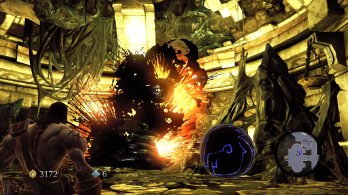 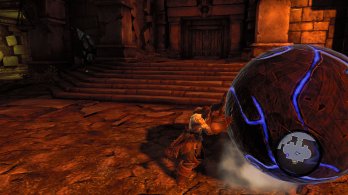 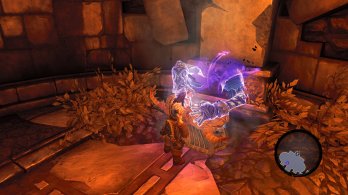 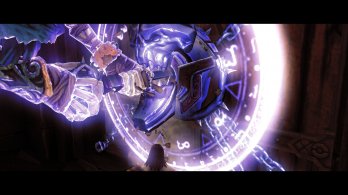 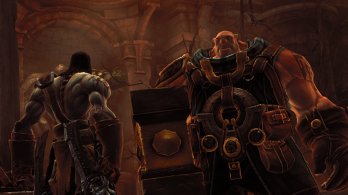 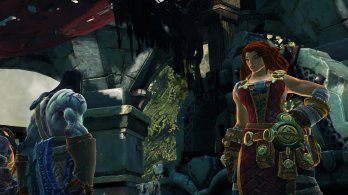 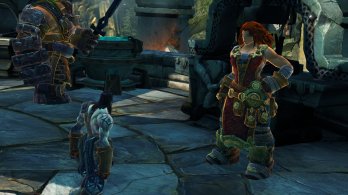 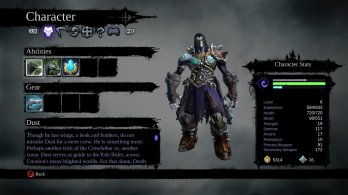