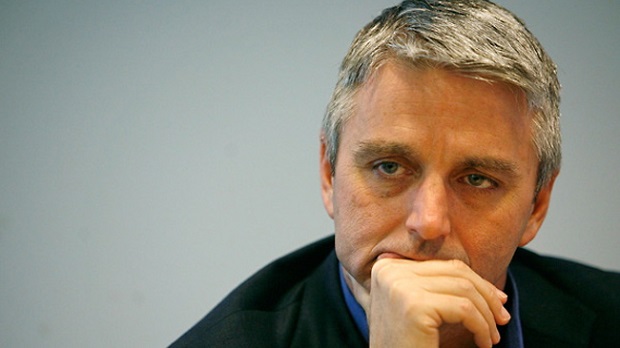 There isn’t a whole lot of information out on this one yet, but it appears that EA CEO John Riccitiello is stepping down from Electronic Arts.

This is a developing story, we’ll keep you updated as more info comes out.

A bit more of the fog of war has cleared, and according an investor report on EA’s website, Riccitiello will be replaced by Larry Probst. Probst has been an executive at EA for a while, serving as Chairman of the Board, CEO, and company President in various turns since 1991.  Details of Probst’s salary haven’t been agreed upon, according to the report.

There’s a lot of legalese in there, but unless my analysis is mistaken, it breaks down like this: EA will pay Riccitiello for another two years, will pay for Riccitiello’s health insurance for 18 months, and will allow him to keep his  stocks and options for another year or so.

Giant Bomb got a hold of Riccitiello’s resignation letter, which you can read below.

I hereby offer my resignation as CEO of Electronic Arts effective with the end of our Fiscal Year 13 on March 30, 2013.

This is a tough decision, but it all comes down to accountability. The progress EA has made on transitioning to digital games and services is something I’m extremely proud of. However, it currently looks like we will come in at the low end of, or slightly below, the financial guidance we issued in January, and we have fallen short of the internal operating plan we set one year ago. EA’s shareholders and employees expect better and I am accountable for the miss.

I have been at the helm as EA’s CEO for six years and served as COO for nearly seven years starting in 1997. I know this company well, and I care deeply about its future success. I leave knowing EA is a great company, with an enormously talented group of leaders and the strongest slate of games in the industry. I could not be more proud of our company’s games, from Battlefield and FIFA, to The Simpsons: Tapped Out and Real Racing 3. We have built many great franchises that will serve the company well in FY14 and beyond. In particular, I am confident that the investments we have made in games for next-generation consoles will put EA in a strong leadership position for many years ahead.

In offering my resignation, my goal is to allow the talented leaders at EA a clean start on FY14. I look forward to working with you in the coming weeks on an effective leadership transition. I’m extremely honored to have led this company and proud to have worked with all the great people at Electronic Arts.