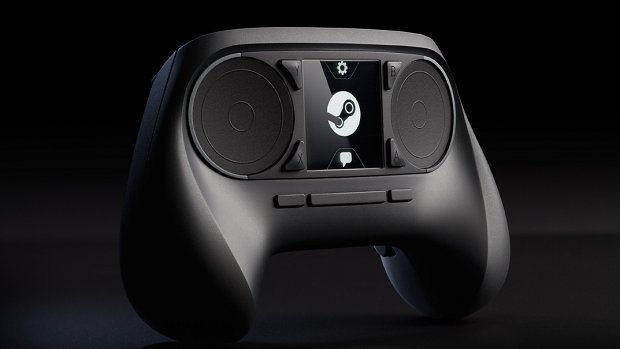 There’s the Valve we know and love.  After the somewhat blasé announcement of the SteamOS and Steam Boxes, Valve have finally delivered a real surprise–a unique, innovative gamepad that that obviously and immediately distinguishes itself from the rest of the pack.

How?  Well, let’s walk through it:

If this controller is everything it purports to be–and that is a very big if–we could be looking at the next major advancement in game controls.  We’re going to have to wait a while to get our hands on it, though.  It’s going to be part of the Steam Box open beta, and so it probably won’t be in your living room until sometime in 2014.