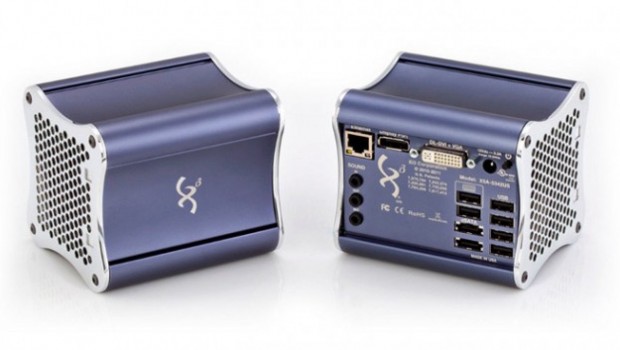 Late last week Valve put out a press release giving us some more details on their upcoming console platforms.   To test the console in the wild, Valve has stated they will be sending out their own in-shop testing versions to about 300 lucky gamers. What’s perhaps most interesting about the press release is the revelation that there will be several different boxes going out, each with varying levels of performance.  The specs are as follows:

The first thing that occurs to one reading this is, of course, the price of those  big shiny video cards.  Titans run for about $1000 all by themselves, to say nothing of the RAM, CPU, and SSD.  That GPU alone puts the higher-end Steamboxes outside of the $400-$600 range one expects to see for consoles.  That said, less powerful versions should hit retail for reasonable prices, and there’s been no indication of how heavily Valve plans to subsidize the cost of the hardware.

Also of note is the box’s size.  Essentially a foot square, these boxes are far bigger than the Xi3 Piston (pictured above), widely believed to be one of the first generation of Steamboxes to hit the market.  A lot of speculation to be made here, but we’ll keep you up to date as more details emerge.