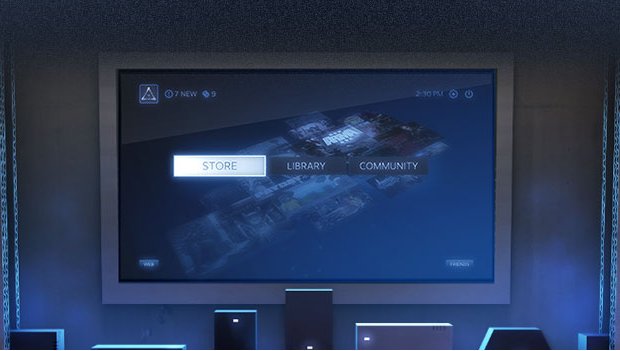 Two days ago, Steam “expanded their universe” into our living rooms with the announcement of a Linux-based operating system called SteamOS. Part 2 has further expanded upon the original announcement and revealed some information about Valve’s hardware plans.

There will be a variety of boxes geared toward customer-specific needs (size, price, quietness, etc). The first prototype will be going into beta this year and 300 units will be shipped to select Steam users who complete the Eligibility Quest; Steam will then select the beta testers from that pool. The deadline for completing the Eligibility Quest is October 25. Valve wants the community to play a major role in shaping the new Steam machine and will allow beta testers to share their experiences with other community members, while the community can then give feedback on what they like and/or don’t like about the new Steam machine. No specifications or pictures of the prototype are being discussed at this time, but Valve says “soon.”

SteamOS machines will be available in 2014 on multiple machines from different manufacturers (no details on which manufacturers at this time). SteamOS will be available for download at an unspecified time and will also be compatible with user-built machines. SteamOS is looking to make its mark by being an open and accessible system that will cover a wide spectrum of devices.

Come back in two days as we cover the third part of Valve’s big announcement.