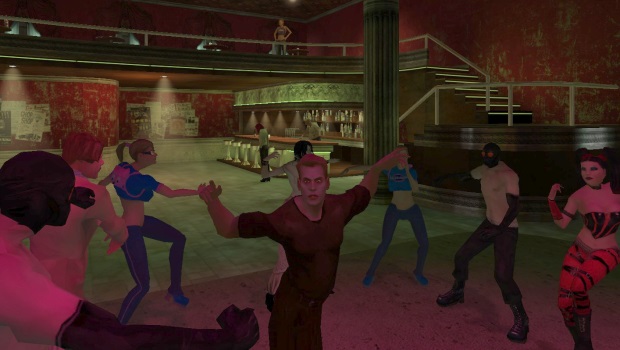 On a post in the Planet Vampire forums, atrblizzard has announced he is leading a team of fans attempting to bring Troika Games’ 2004 swan song Vampire: The Masquerade — Bloodlines into the Unity game engine, an effort that has been dubbed “Project Vaulderie”.  The project leader reports that the team had originally looked at rebuilding Bloodlines in a modern version of the Source engine (Bloodlines was developed using a very early version, its release predated even Half-Life 2), but felt that moving to Unity would result in decreased workload and greater flexibility.

Vampire – Bloodlines is notorious for being extremely broken, and has been the focus of a devoted fan community that has continued to patch the game. Most recently, that fan effort hit version 9.0, having been in development for over eight years. Fan patching can only do so much for the state of the game, however, seeing as how the source code for Bloodlines was never released following Troika’s demise. Presumably, Project Vaulderie intends to build an entirely new game base in Unity, porting in maps and assets from the original Bloodlines but employing entirely original code. If so, best of luck on this ambitious project to the restoration team. Perhaps Vampire can finally receive the release it always deserved.

More information on Project Vaulderie can be found at the team’s official site.