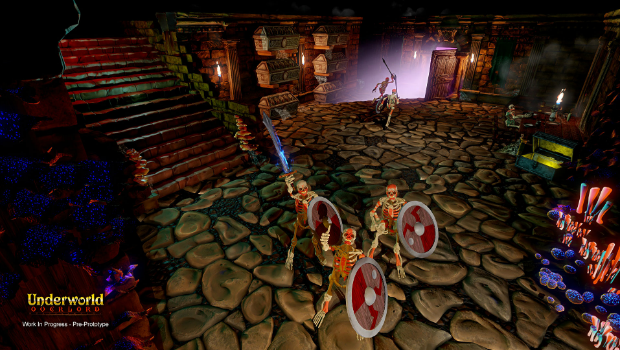 Underworld Overlord’s action takes place from a virtual top-down perspective, directing forces and building defenses in a dynamic VR environment.  The player commands a dungeon full of monsters, traps and treasure, during an onslaught of adventurers.

“Underworld Overlord is specifically tailored to the capabilities of the Daydream platform, developed by a team of VR and Android experts in close collaboration with Google,” says OtherSide creative director Paul Neurath. “It’s a stand-alone game, but connects to the upcoming Underworld Ascendant, sharing creatures, characters, and rich lore. The Underworld franchise has a history of pioneering immersive video games, so bringing it to VR is a natural fit.”

More details about Underworld Overlord will be revealed over the coming months.  Check in with Gaming Trend for more information on this release.