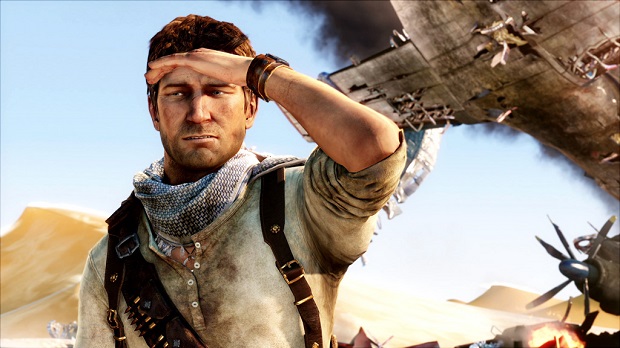 Sony and Naughty Dog have announced that they will be releasing all three of the original Uncharted games on the PlayStation 4 in the form of Uncharted: The Nathan Drake Collection.

Due out on October 9th in North America, the compilation will bring PS4 owners the single-player campaigns of Uncharted: Drake’s Fortune, Uncharted 2: Among Theives, and Uncharted 3: Drake’s Deception all running at 1080p and 60fps.

The port work is being handled by Bluepoint Games, known for its work on the Vita version of PlayStation All-Stars Battle Royale and the Ico & Shadow of the Colossus collection for PlayStation 3. Bluepoint is updating textures, character models, and lighting, as well as implementing feedback from the original versions of all three games to bring other improvements. New features that will be available across all three games in the Nathan Drake Collection include the addition of Photo Mode and new trophy sets.

Pre-ordering the compilation will gain fans access to the “Nathan Drake pack,” which includes “iconic Drake outfits” skins, as well as the Golden AK-47 and Golden 92FS. Those who choose to pre-order digitally will also gain immediate access to a PlayStation dynamic theme based on the collection.

Finally, The Nathan Drake Collection will come with access to Uncharted 4: A Thief’s End’s multiplayer beta, but Sony didn’t give any sort of concrete information as to when that will be going live.

Talk of an Uncharted trilogy collection has been circulating since last year when Sony’s Shuhei Yoshida said the series was a “good candidate” for a PS4 remaster. The Nathan Drake Collection will act as a lead-in to Uncharted 4: A Thief’s End, which is coming to PlayStation 4 sometime in early 2016.