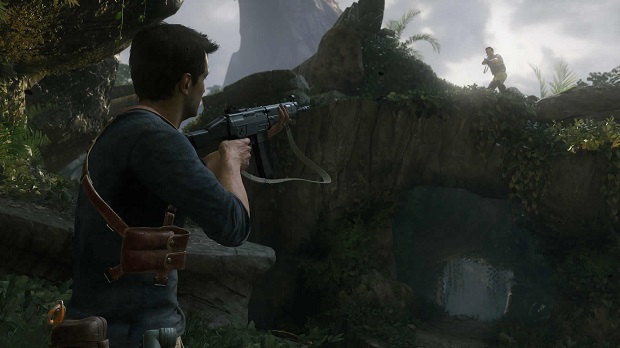 Amazon’s listing for Uncharted 4: A Thief’s End has been updated to feature the game’s official box art.

The listing shows that the art shows a battered Nathan Drake walking through a jungle, as he’s been seen in the game’s first trailer. Nate’s render specifically has been seen in other promotional art, but previous placeholders contained a different background than seen below:

After a delay into Spring of next year, A Thief’s End appears to be coming sometime before the end of Sony’s 2015 fiscal year. Sony has acknowledged that this delay has left a hole in the PlayStation 4’s first-party lineup this year, and hopes that this will make way for quality third-party titles.

During PlayStation Experience, Naughty Dog released the first gameplay footage of Uncharted 4, as well as walked fans through the process of bringing Nathan Drake to the current generation.