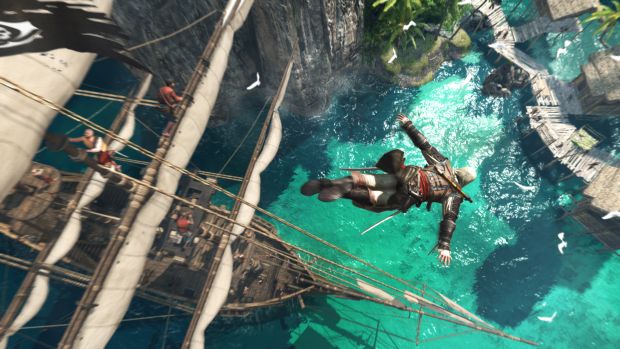 It’s clear that Ubisoft is one of the front runners when it comes to publishing major products on the new Xbox One and PS4 consoles. For a long while, they had arguably the most anticipated next gen title “Watch Dogs” in the launch lineup for both consoles. Of course, that title was pushed back some months. This left their other major product, Assassin’s Creed IV: Black Flag, as one of the few major titles you can purchase for the PS4, especially if you don’t enjoy first person shooters.

In an interview with Games Industry, Tony Key (senior vice president of sales and marketing with Ubisoft) made some very intriguing comments. One of which was that he expects the $100 price difference between the PS4 and Xbox One to not matter. Maybe I’m in the minority but the sole reason I purchased a PS4 over an Xbox One? Because it was $100 cheaper.

He also stated why he thinks most launch titles struggle to overachieve:

“Right now, all publishers are transitioning their development resources,” he says. “For a game like Assassin’s Creed: Black Flag, most of the sales are still going to be on current generation platforms. We can’t make a version for PlayStation 4 or Xbox One that’s so wildly different that we can’t market them together. So, for now, developers and designers are focused on making a game that works really well on all of the systems – but as we transition resources to the next gen, it’s going to be more difficult to do that because the power of these machines is going to allow so much more creativity.”

Then possibly the biggest news item of note was his statement that Ubisoft “expect(s) double the installed based of previous generations,”

The industry is only going up in his eyes, and with these recent PS4 sales numbers, it’s hard to disagree.