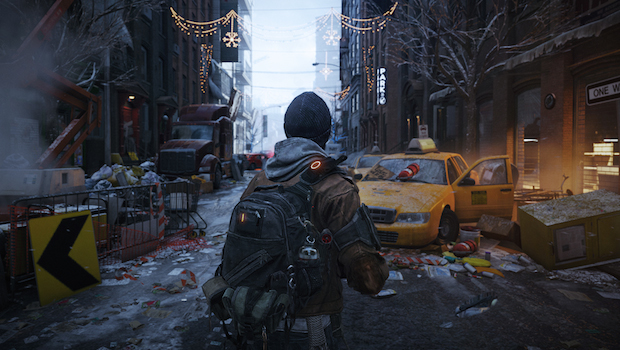 Ubisoft has announced that The Division will launch for PS4, Xbox One and PC on March 8, 2016. This comes after a gameplay trailer shown at their annual E3 press conference, which detailed how multiplayer will work in the game’s dangerous Dark Zones.

In the trailer, a squad of three runs into another squad in the Dark Zone, and they form an uneasy alliance to overcome the enemies nearby. After looting them, the team heads to the extraction point – but realizing that the other squad looted good items, the three turn on the two and kill them for their loot. Dark Zones appear to be areas where enemy difficulty is higher, and you often run into situations that call for short-term cease-fires with otherwise hostile opponents, but also allows for emergent gameplay to occur.

We’ll bring you more updates and hands-on impressions from the show floor throughout the week in our continuing coverage of E3.