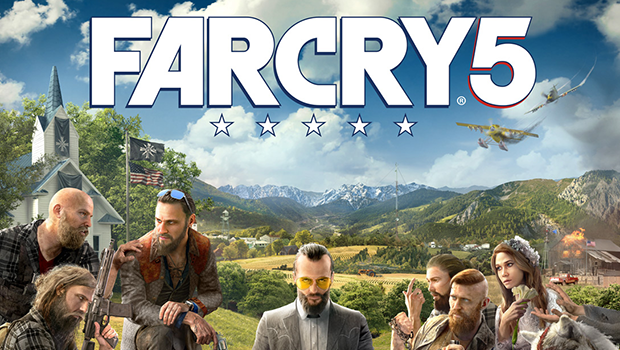 Ubisoft has unveiled the key art for Far Cry 5. The first trailer, which we reported on earlier this week, announced that the upcoming game will be set in rural Montana, a radically different location from the Himalayan mountains featured in Far Cry 4. We will be revealing more information about the game, its setting, and our impressions of it on Friday, May 26th. In the mean time, check out the rather interesting characters headlining the newest installment of the Far Cry franchise:

We declared Far Cry 4 to be “open-world insanity at its finest” in our launch day review, praising the characters, weapons and world:

Far Cry 3 featured a fantastic villain in Vaas, a character just as psychotic as he was entertaining. This left a huge question of “How do they top him in Far Cry 4?” While topping him is a daunting task, they definitely matched his presence with Pagin Min as he strengthens up every sequence he enters. Whether it is taking selfies with the main character before declaring his intentions of murder all the way to going on about how he wants Kanye West to visit him in Kyrat, Pagin Min is a glorious character that does not disappoint. … Far Cry 4, continues its trend towards the insane by introducing more weapons, more territory to explore across, and, most importantly, elephants.

While it’s probably safe to assume that this game will be lacking in elephants, there’s no doubt that Far Cry 5 has a rather impressive legacy to live up to. What do you think of the setting? Do you think the cast of characters will be as colorful and interesting as those in the previous games? Are there any weapons or new features that you’re hoping for?